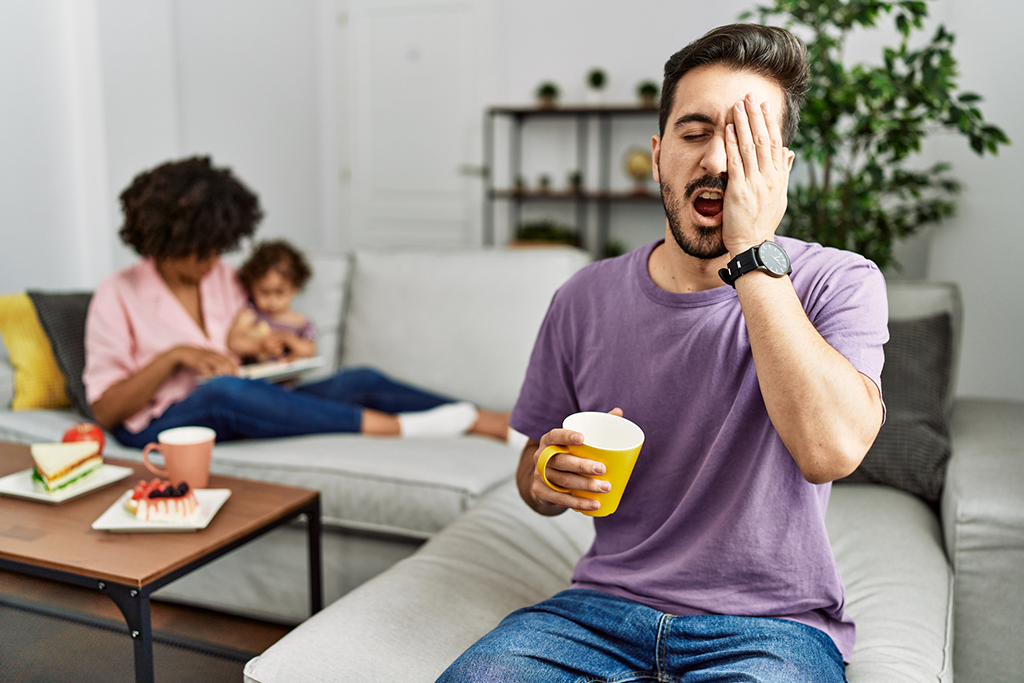 Research suggests that over-tiredness may change the way you see and interact with others.

There are plenty of reasons why having good sleep hygiene is important. It helps keep your mind sharp and your body healthy. But getting enough sleep doesn’t just affect you as an individual—it can also impact the way you see and interact with others. A new study suggests that sleep deprivation makes it more likely that you will perceive others in a negative light. This insight compounds prior sleep research, which has shown that over-tiredness makes it more difficult for people to regulate their own emotions. Both of these outcomes can have detrimental effects on you engage with the people around you. So while sleep messaging is often centered around optimizing your health or athletic abilities or intellectual prowess, it is just as important to recognize how sleep impacts your relationships—because they are often the building blocks of satisfying life.

Sleep Deprivation & Social Impressions Of Others

A new study from Sweden’s Uppsala University explored the impact of sleep deprivation on individuals’ perception of other people’s emotions. The group of participants included 45 young men and women, once after a night of zero sleep and again after night of eight hours of sleep. In the morning, the participants were shown a mix of expressions on faces (including happy, angry, fearful and neutral) and asked to rate their level of attractiveness, trustworthiness and healthiness. Researchers found that, when sleep-deprived, the subjects were more likely to rate the faces as less trustworthy and less attractive.

These findings could “indicate that sleep loss is associated with more negative social impressions of others,” explained senior author Christian Benedict, Associate Professor of Neuroscience at Uppsala University. “This could result in less motivation to interact socially.”

Using eye-tracking sensor technology during the experiment, the researchers were able to detect what the participants were looking in real-time—providing additional insight into the results. They found that sleep-deprived subjects “spent less time fixing on faces,” said Lieve van Egmond, first author and PhD student in the Department of Surgical Sciences. Regardless of the emotion being shown, there was between 6.3% and 10.6% decline in duration of face fixation after sleep loss.

This isn’t the only study to explore the relationship between sleep and emotions. According to W. Christopher Winter, a neurologist based in Charlottesville, VA and the author of the book The Sleep Solution, when the brain is deprived of sleep, it will often go into a form of survival mode. “Your brain’s ability to do things gets whittled down to: find food, urinate, get through the day,” he explained to Time Magazine. This is, in part, because the part of the brain that ties emotions to memories (the amygdala) does not function properly when you’re sleep-deprived. This means being over-tired can make us more likely to overact to situations and limit our ability to recognize emotions in other people. Both of which can have a detrimental effect on our relationships.

“When somebody’s sleep-deprived, they’re more irritable, their mood is impaired and they have less patience,” said Nathaniel Watson, a professor of Neurology at the University of Washington. “So clearly those types of behaviors and emotions are gonna make you less affable with the people around you.”

Back in 2018, Cigna surveyed 20,000 adults from across the US and found that half of them reported feeling sometimes or always alone—and 40% reported feeling isolated and that their relationships were not meaningful. This problem has only gotten worse; according to new findings published in the American Psychologist, loneliness among people in North America and Europe increased by 5% during the pandemic.

Though it’s still somewhat up for debate whether this problem has gotten worse over time or people are just feeling more comfortable talking about it—either way, the science is very clear that it’s not good for the body. While everyone may feel isolated from time to time, chronic loneliness can take a significant toll on people’s mental and physical health, says Julianne Holt-Lunstad, PhD, a professor of psychology and neuroscience at Brigham Young University. She posits that loneliness and social isolation are twice as harmful as obesity. “There is robust evidence that social isolation and loneliness significantly increase risk for premature mortality, and the magnitude of the risk exceeds that of many leading health indicators,” Holt­Lunstad said.

It’s important to remember that loneliness is not just a matter of being by oneself. According to Ami Rokach, PhD, an instructor at York University in Canada and a clinical psychologist, the experience of loneliness depends on people’s level of satisfaction with their ability to connect with those around them.

If sleep has a direct correlation to how you perceive and relate to others, chronic sleep deprivation may be further exacerbating the issue of widespread loneliness.

This theory was explored by researchers at UC Berkeley, who found that people who are sleep deprived tend to feel lonelier and less inclined to engage with others. Using a variety of different tools—such as fMRI brain imaging, standardized loneliness questionnaires, videotaped simulations and surveys of online participants—the researchers tested 18 healthy young adults after a normal night sleep and a night of no sleep. They found that sleep-deprived participants, when presented with another approaching person, were more likely to have heightened activity in the so-called “near space network” neural circuit—which activates at the risk of potential incoming human threats. At the same time, the neural network that encourages social interaction was shut down.

So What Can You Do About It?

There is an endless amount of advice about how to sleep better—but sometimes it can be helpful to shift the way you think about it. Why do you want to sleep better? Improving your relationships can be a powerful motivating tool.

Next time you find yourself frustrated with or lashing out against someone close to you, try to take a step back and think about how you’ve been sleeping. Being tired is not an excuse for bad behavior, but it may provide you with an explanation—something actionable you can work on (in addition to saying sorry!).

On the other side of the coin, if you’ve been feeling lonely or isolated—you may feel pressured to be out seeing people all the time. While getting out there can be helpful, it’s just as important to prioritize your own rest. Getting your sleep schedule back on track may be the first step to improving your social interactions—so that the next time you go out, you have more positive experiences.

“On a positive note, just one night of good sleep makes you feel more outgoing and socially confident and, furthermore, will attract others to you,” said Matthew Walker, the UC Berkeley professor of psychology and neuroscience who studied sleep and loneliness.

A good night sleep isn’t a cure-all for every person or relationship, but the science shows that it can be a powerful place to start.

As Consumer Demand Starts To Slow, What Comes Next?