Receive news direct to your inbox every week, subscribe to Snooze News Weekly.

Each week, we find, curate and share the most relevant bedding and mattress news stories from across the web. Check out what we’re reading and writing about this week.

Fed Raises Rates By Half A Percentage Point To Fight Inflation: The Federal Reserve on Wednesday raised its benchmark interest rate by half a percentage point, the most aggressive step yet in its fight against a 40-year high in inflation. | CNBC

Therapedic Ups Investment In Digital Marketing Tools For Retailers: Therapedic is investing more resources to add digital and video marketing assets and tools that retailers need every day, at no charge to them. This includes a full-time staff dedicated to brand support, a digital library of customizable branded assets, and a new marketing-focused video series. . | Sleep Retailer

Ten Outlandish Shop Interiors That Reimagine The Retail Experience: The past year has seen a growing trend for over-the-top shop interiors, from stores containing surreal sculptures and installations to those masquerading as something else entirely. Check out 10 unusual retail spaces. | Dezeen

Climate Sustainability In Retail: Who Will Pay?: Although the path to decarbonization remains unclear, retailers can prepare by better understanding how costs could be distributed along the value chain. | McKinsey

J.C. Penney Is Reinventing Itself. Again : If there’s one thing that’s become predictable at J.C. Penney in the last decade or so, it’s constant change. As the department store unveiled a marketing campaign designed to woo back customers, its owners reportedly bid on rival Kohl’s as well. | Retail Dive

Gold Bond Promotes Rick Zea To Finance Department Lead: Rick Zea, who has been an integral part of Gold Bond‘s operations for the last two years, has been named senior accountant. In his new role, Zea is responsible for overseeing all accounting activities. | Sleep Retailer

More DTC Brands Upped Their Marketing Budgets In 2021 Than Saw Direct Revenue Gains: According to a recent survey, 59% of the DTC brand respondents said they increased their marketing budgets over the last year—while 54% said they saw an increase in direct retail revenue, and only 48% reported a wholesale revenue bump. | Modern Retail

Bedding Industries Of America Teams With Evertreen To Plant Trees Worldwide: BIA has developed an exclusive partnership with Evertreen to plant 5,000 trees worldwide. By purchasing eight species of trees in eight countries, BIA has already helped absorb 750,000 kilograms of CO2 in the atmosphere and helped create 626 working hours. | Sleep Retailer

Nationwide Marketing Group Earns ENERGY STAR Partner of the Year – Sustained Excellence Award: This is the 8th year in a row that Nationwide has received this award from from the U.S. Environmental Protection Agency and the U.S. Department of Energy. | Sleep Retailer

Hurry—This Mattress Sale Won’t Last Forever (Nothing Does!): And now for something a bit lighter; enjoy some classic New Yorker wit on the exquisite ephemerality of the mattress sale. | The New Yorker

Health, Wellness & The Science Of Sleep

Scientists Say They Have Nailed Down The Ideal Amount Of Sleep In Middle And Old Age: New research has found that around seven hours of sleep is the ideal night’s rest for middle and old age, with insufficient and excessive sleep associated with a reduced ability to pay attention, remember and learn new things, solve problems and make decisions. | CNN

Trouble Falling Asleep at Night? Try This 5-Minute Activity Before You Go to Bed: According to a study by researchers from Baylor and Emory universities, making a list of upcoming tasks before bed can help you fall asleep faster. | CNET

Have Morning Headaches? Here’s What May Be Causing Them: One of the most common culprits behind morning headaches are sleep disorders, such as insomnia, snoring and obstructive sleep apnea. A study in Poland found nearly a third of people with sleep apnea tend to wake up with headaches. | ClickOn Detroit 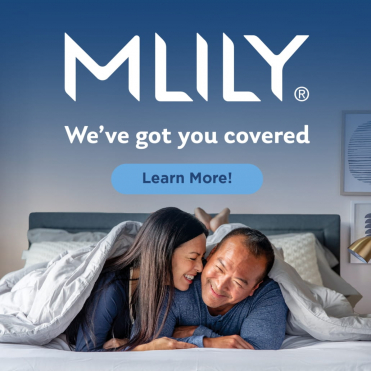