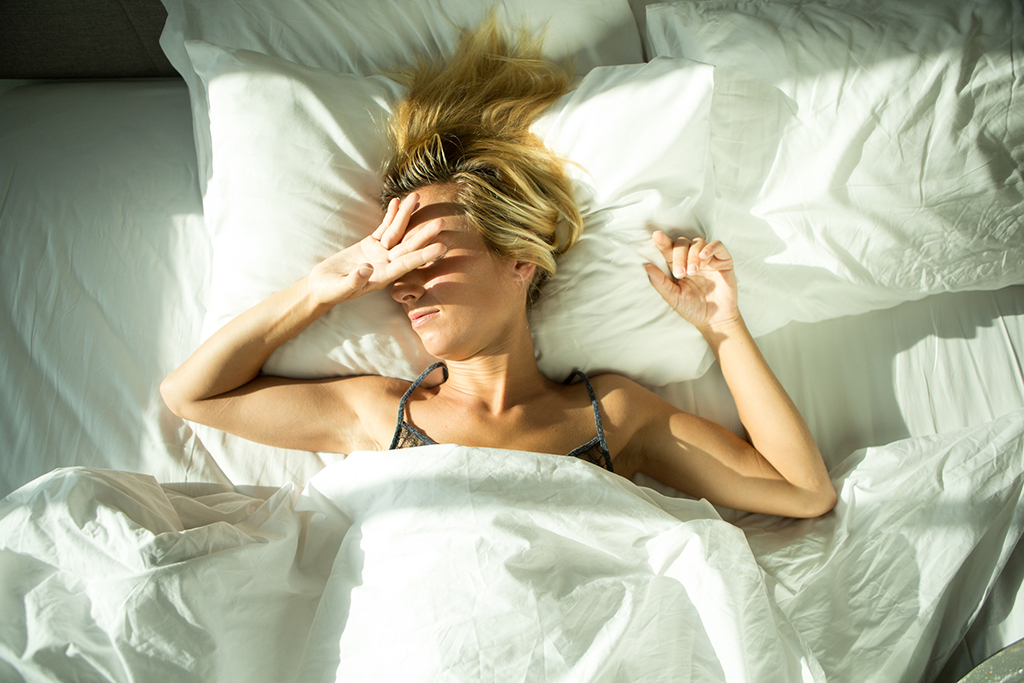 More and more Americans will be returning to traveling this summer, with many making their first big trips since the pandemic. Whether heading out on the road for business or pleasure, it’s very common for people to encounter sleep challenges at some point in their journey. From struggling to get some shut-eye on an early morning flight to staring wide-awake at the clock thanks to jet lag, even the most fun travel plans can sometimes throw a wrench in your normal sleep routines. While there are plenty of tips out there for how to sleep better while on the move, science tells us there’s a good chance that your first night away may be a tough one no matter what. Called the “first-night effect,” this scientific phenomenon means our brains are hard-wired to keep an eye on unfamiliar surroundings to protect us from danger—which, in turn, can keep you tossing and turning that first night away.

What Is The First-Night Effect?

Though detected more than 50 years ago– scientists have found that subjects’ first night in a lab yields notoriously unreliable results, causing researchers to usually discount that first night’s data – first-night effect has received more recent attention, including a 2016 study out of Brown University that sought to better understand what was at play during this anomaly. In this experiment, scientists used several different methods to track slow-wave activity, which occurs during the deep sleep phase, within a small group of volunteers. Researchers stimulated both sides of the brain by playing quiet beeping noises – at both steady and infrequent intervals – into each ear during the slow-wave phase. During the first night of the experiment, participants’ brains consistently showed more alertness in the left hemisphere, which was more responsive to the infrequent beeping, with subjects waking quicker and more readily from the beeping processed by the left side of their brains. The second night didn’t yield the same response, with both halves of the brain responding similarly, suggesting that the “left side watchman” is only on high alert for that first night.

These findings also indicate a shared tool of survival with others in the animal kingdom. Birds and many marine animals have been found to be able to only sleep with one half of their brains, while the other remains awake to (in some cases, quite literally) keep an eye open for danger. Our human brains haven’t yet gotten the message that our nights are no longer necessarily a time of a danger, and scientists contend that there may not be a way to retrain the brain to relax the brain that first night in an unfamiliar bed.

What You Can Do About It

But to hedge your bets on having a decent first-night’s sleep, it doesn’t hurt to incorporate good sleep hygiene into your routine when away from home:

But above all, try to remind yourself that this phenomenon is only temporary. One or two nights of bad sleep is not the end of the world, nor will it fully derail whatever travel plans you have in store. By understanding that it’s simply your brain trying to keep yourself safe, maybe you can find a way to give yourself a break—which, in turn, may end up helping you fall asleep: lowering your anxiety around not sleeping can actually help you overcome insomnia. If nothing else, at least you can take comfort that there’s a fair chance that your next night will be more restful.

A version of this article first appeared in Sleep Retailer here.

One Adjustable Base, Shown Three Ways