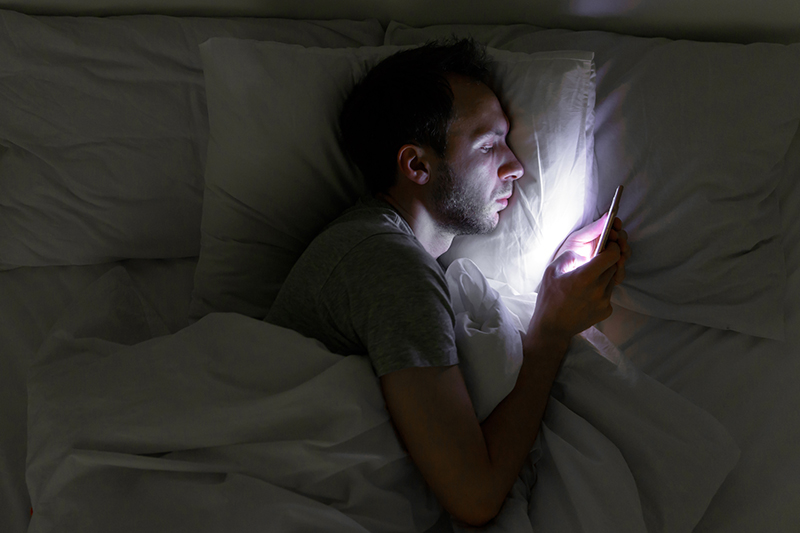 What is it? And what can you do to avoid falling into its trap?

Imagine this: you’ve had a long busy day at work and you’re tired. The clock strikes 9pm and you’re looking forward to getting in bed early so you can wake up feeling refreshed. But before you turn out the light, you find yourself scrolling on your phone. Or queuing up the next episode of the TV show you’re binging. Before you know it, it’s two in the morning and you’re still awake and now there’s no way for you to get enough sleep! Does this sound familiar to you? If so, you may be suffering from “revenge bedtime procrastination.” This colloquial term has gained popularity during the pandemic. But why do people do it? And is there any way to stop?

What is Revenge Bedtime Procrastination?

Defined as the “decision to sacrifice sleep for leisure time that is driven by a daily schedule lacking in free time,” the term revenge bedtime procrastination is a direct English translation of a Chinese expression that referred to the frustration of having little time for personal enjoyment due to long, stressful work schedules.

According to the National Sleep Foundation, there are three factors that define revenge bedtime procrastination. First is a delay in going to sleep that reduces one’s total sleep time. The second is the absence of a valid reason for staying up late (like an important event or an illness). But the third factor is key: an awareness that delaying one’s bedtime could lead to negative consequences. That’s the kicker for a lot of people: it’s when they know they should go to bed, but don’t. That’s where the “revenge” comes into play—it’s a way your brain is getting revenge on stressful daytime hours.

Is it different than just normal insomnia? Strictly speaking, not really. Because “revenge bedtime procrastination” is not actually a technical, scientific concept—it encompasses a more fluid definition. Colloquially, the difference is that, with insomnia, the person tries to go to bed and can’t—while, with revenge bedtime procrastination, the person puts off even trying.

Why do people do it?

It seems counter-intuitive, right? Why do something that you know is going to make you feel bad the next day?

Some experts believe it’s because our capacity for self-control is limited at the end of the day when we’re tired. This means our ability to tell ourselves, say, “it’s time to turn the TV off and fall asleep now” can be all the more difficult—even if we know that it’s the right thing to do.

But for other people, it may just be how our brains are wired. For night-owls, this behavior may just feel the most natural to them: it’s when their brain is most awake and they want to take advantage of that—even if it makes it harder to get up in the morning.

It also appears to be tied to significant daytime stress. Some posit that it may be a response to how jam-packed a lot of people’s daily schedules are. On top of working full-time jobs, taking care of children or running errands, getting a good night sleep leaves little to no room for fun or relaxation. There simply aren’t enough hours in the day. So people sacrifice where they can, choosing to scrimp on their eight-hours even though they know they shouldn’t.

What can you do about it?

Like most sleep issues, the solution is at least partly rooted in practicing good sleep hygiene. Committing yourself to a regular bedtime routine can help take some of the pressure off—eventually, it’ll just feel like a habit you don’t need to think about. Additionally, making an effort to minimize potential distractions, like turning off the WiFI at night or leaving your devices outside your bedroom, can help limit temptation too.

But, above all, the very concept of “revenge bedtime procrastination” is also an important reminder that there are so many different factors at play when it comes to the quality of your sleep. While the importance of sleep has grown in cultural consciousness over the years, in a lot of ways it has reframed sleeplessness as a problem of personal responsibility. Not being able to sleep means you are doing something wrong; you are not following the right rules or committing yourself to the correct routines. But a lot of people are up again a lot of different external forces making it more difficult to sleep—whether it be shift-work schedules, financial issues or lack of mental health resources.

In the face of all of that stress, maybe some people end up purposefully messing up their sleep schedule because it feels like the only way they can reclaim their time? Or maybe the hours of 11pm to 2am is simply the only free time someone has to themself to use in whatever way brings them a little bit of joy?

So while sleep hygiene is essential, it’s not the end all be all. Maybe your nighttime routine is on point—and it’s actually your daytime routines that need changing. When it comes to revenge bedtime procrastination, the best solution may be finding a way to restructure your days to accommodate a little bit more Me Time. Prioritizing your mental wellbeing in such a way may not be easy (especially for people with a lot of responsibilities)—but, at the end of the day, it may be the most important part of your sleep routine.

Is There A Wave Of Retail Bankruptcies On The Horizon?