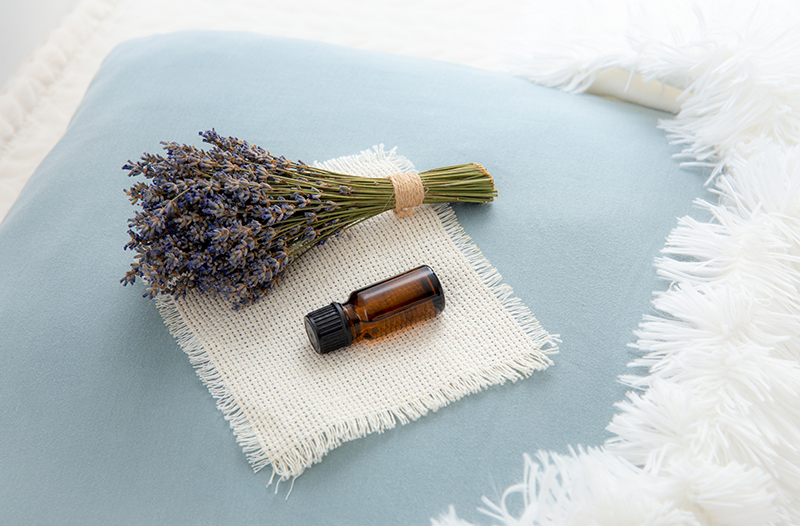 There’s debate about the strength of our olfactory senses during sleep. Some scientists believe in “scent” dreams, where a smell they’ve interacted with right before sleep becomes incorporated into their dreams. Others believe that you can encounter other scents in dreams—one perfumer from Bologna claims to have scent-filled dreams, while Helen Keller, who was both blind and deaf, wrote about experiencing new smells in her dreams that she had not previously encountered in real life. While there’s little in the way of scientific inquiry into this matter, there is a bit of research on how scents can aid in sleep. The research on this front is still limited but there are several studies that delve into the benefits of aromatherapy when it comes to getting to sleep and staying asleep.

By reviewing the literature on quantitative studies examining the inhalation of aromatherapy and improved sleep quality, this article concludes that there is some evidence to suggest that aromatherapy aids in sleep—but more robust studies are also needed.

A fuller study looked more specifically at individuals experiencing PTSD—a mental health condition that can impair sleep and cause nightmares. With an aim to see if olfactory stimuli could positively affect sleep patterns for PTSD sufferers, the study followed 40 inpatients, primarily women between the ages of 20 and 59, through several nights of sleep. The control was five consecutive nights of normal sleep after which the participants filled out a randomized questionnaire to help researchers get a baseline for their sleep patterns. Following that, participants slept through a consecutive five-night experimental period—for some, the intervention consisted of nocturnal stimulation with a pleasant odor, while the other segment served as a placebo by sleeping in a room with normal, clean air. Each morning, both groups filled in sleep assessments addressing sleep quality as well as dream content. Throughout the night, the researchers also measured sleep efficiency, sleep onset latency and wakefulness after sleep onset. Although the sample size was small, a few conclusions were drawn from the study:

Again, the sample size for this study was small and these results may not be universal, but it does contribute to the idea that, at the very least, pleasant scents around bedtime can just be plain old relaxing. Even though there’s still further scientific research to be done, aromatherapy can help improve your sleep environment—and for many, could spell a low-cost option to try for improving sleep quality. Candles, diffusers and the like also make fantastic gifts.

As the holidays approach, here are a handful of scents that are said to improve rest and contribute to relaxation:

This scent helps calm restlessness—if you tend to toss and turn, this could be the scent for you.

An anti-inflammatory and antispasmodic, Chamomile is another bedtime favorite and also comes in both teas and candles.

Bergamot derives from the peel of the bergamot orange which is native to Calabria, Italy. This scent is known for its ability to lift mood, reduce stress and help improve sleep.