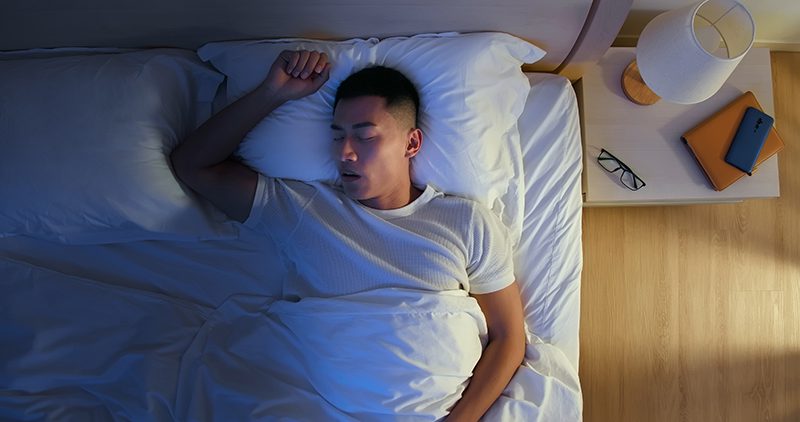 In recent years, there has been a lot of talk, both in the bedding industry and outside of it, about the importance of prioritizing sleep. Not only does good sleep hygiene benefit your body’s immune system, it has also been linked to stronger cognition, productivity and emotional control. But what if getting more sleep each night isn’t enough? A new study is putting into question whether the quantity of your sleep is the most important—or if it’s the quality of that sleep that is the key to reaping its health and wellness benefits.

Led by experts from the Massachusetts Institute of Technology, Harvard University and the University of Pennsylvania, this month-long study explored the impact of more sleep among 452 low-income workers in Chennai, India. Each participant was given an actigraph, a small, wearable motion sensor that monitored their sleep cycles—which easily allowed the researchers to collect data from people as they slept in their own homes. In order to increase the hours of sleep they got each night, the participants were provided with information, encouragement and, in some cases, financial incentive. This prompted them to spend an extra 38 minutes in bed per night on average—which resulted in an additional 27 minutes of actual sleep per night.

In order to measure the impact of this change in sleep behavior, the participants were also tasked with temporary data-entry jobs with flexible hours—which allowed the researchers to monitor the effects on a granular level.

The researchers expected that this increase in sleep would have a notable impact on cognition, productivity, decision-making and well-being—but the actual findings quickly dissuaded them of that hypothesis. “To our surprise, these night-sleep interventions had no positive effects whatsoever on any of the outcomes we measured,” said economist Frank Schilbach, a professor of economics at MIT, who co-authored the study.

While the results of studies this small in size and duration should always be taken with a grain of salt, Schillbach insisted that these findings do not negate the importance of sleep on our overall health and wellness. Instead, they open the door to new, more interesting hypotheses about sleep that should be further explored. In particular, this study underscored some valuable information around sleep quantity versus sleep quality.

“A key thing that stands out is that people’s sleep efficiency is low; that is, their sleep is heavily fragmented,” Schillbach explained. “They have extremely few periods experiencing what’s thought to be the restorative benefits of deep sleep. People’s sleep quantity went up due to the interventions, because they spent more time in bed, but their sleep quality was unchanged.”

Due to a variety of socio-economic and environmental factors, the participants in the study were sleeping in less than ideal settings—with many getting their shut-eye amongst large groups of people, loud external noises, high nighttime temperatures and even mosquitos. “Essentially, in Chennai, you can find any potential irritant or adverse sleep factor,” Schillbach continued. As such, even with the added half hour of sleep, the volunteers in the study were only sleeping about six hours each night—and still tended to wake up an average of 31 times per night, which is roughly equivalent to someone from a wealthier country who has insomnia or sleep apnea.

As part of this study, a small control group of the study was also asked to take a short nap during the workday—which provided researchers with an interesting counterpoint to the additional nighttime sleep. “In contrast to the night sleep intervention,” Schillbach said, “we find clear evidence of naps improving a range of outcomes, including their productivity, their cognitive function, and their psychological well-being, as well as some evidence on savings. These two interventions have different effects.”

While the benefits of midday napping has been explored in other research, this aspect of the study delivers added support to the idea that good quality sleep is what promotes the most tangible health benefits—not sleep duration.

A Shift In How We Approach Sleep Hygiene

If further explored, this study may also mark a shift in the way people approach sleep hygiene and insomnia in general. Everyone wants to see the benefits of being well rested, but simply spending more time in bed each night may not necessarily deliver those to you. It’s just as important to create a better sleep environment—one that is quiet, dark and temperature regulated.

The study also underscores the immense challenges many poor and lower-income people face when trying to get the sleep they need. “Being poor is very stressful, and that might interfere with people’s sleep,” Schillbach noted. “Addressing how environmental and psychological factors affect sleep quality is something worth examining.”

In order to deliver the promise of better sleep to all customers—regardless of their socio-economic standing—retailers and manufacturers may need to expand their purview to focus beyond just the bed. A new mattress can make a world of difference for some people, but the impact of that change may be lessened by all of these other external factors. And while you may not be able to minimize the noise level of your customers’ living situation, you can help them try to mask it by offering affordable accessories such as white noise machines, ear plugs or black-out curtains. These sort of products will not magically solve all of the stresses of life, but they can provide some momentary relief to those who need it most.

And even though the study explored the impact of sleep through the lens of workplace productivity, Schillbach still made a point to emphasize that the true value of sleep should not be limited to its ability to make you work harder.

“Sleep might be important as an avenue for improved productivity or other types of choices people make,” he explained. “But I think a good night’s sleep is also important in and of itself. We should value being able to afford to sleep well and not be worried at night. Poverty indices are about income and material consumption. But now that we can measure sleep better, a good night’s sleep should be part of a more comprehensive measure of people’s well-being. I hope that’s where we’re going eventually.”