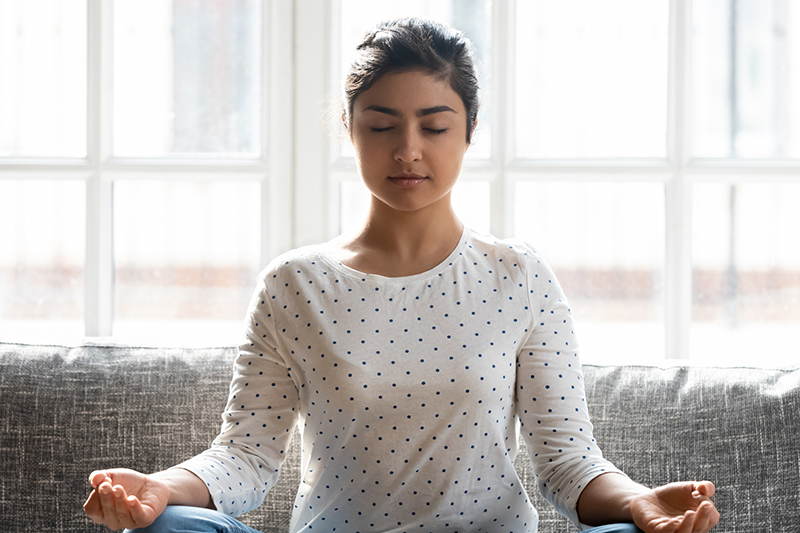 In a recent interview on the Fresh Air podcast from NPR, journalist James Nestor talks about his upcoming book on breathing. The book and interview both delve into some fascinating intricacies of breathing that not only impact how we relax and sleep, but experience anxiety as well. In particular, breathing through your nose is far superior to mouth breathing in terms of positive impact on health. We unpacked the interview and also looked at other research out there on breathing and its impact on sleep and of course, overall health, to provide a better sense of how it works, ways we should be breathing and how to breathe better.

James Nestor’s personal interest in the subject of breathing was born out of his own experience with breathing problems resulting in frequent pneumonia and bronchitis. His fascination began when his doctor encouraged him to take breathing classes. And later, when researching for his book, he even volunteered to participate in an experiment where his nose was plugged for ten whole days to show the adverse effects of solely breathing through the mouth. Nestor describes this experience saying, “I went from snoring a couple minutes a night to, within three days, I was snoring four hours a night,” he says of the forced mouth-breathing. “I developed sleep apnea. My stress levels were off the charts. My nervous system was a mess … I felt awful.”

It turns out that the nose actually has so much more to do with breathing than we typically think about. While Nestor’s fascination with breathing and the role of the nose in it started years ago, today many more people are aware of how they are breathing due to fears of the current widespread respiratory illness, COVID-19. And, according to this article, one third of people do not breathe well enough to sustain normal health.

The Role of The Nose In Breathing

According to Nestor’s research, the nose does more than the obvious—filter the air we breathe. It also triggers hormones to release in the body, helps regulate blood pressure and can lower it, monitors heart rate and helps us store memories. In particular, breathing through the nose facilitates the intake of nitric oxide, a vaso and bronchodilator that helps to promote oxygen transport throughout our bodies. It is estimated that 30% – 50% of people primarily breathe through their mouths, which limits the amount of nitric oxide they take in.

When we take in air through our noses, it’s simply processed differently. It’s as though our nose is a little more attentive to detail while our mouths allow us to take more in at once. And, while the latter might sound more productive, it’s the former that actually is. Breathing in through the nose engages our diaphragms properly, activates the parasympathetic nervous system, allowing us to feel more peaceful and calm while also slowing our breathing. Because of its more intricate structures, the nose also promotes more careful regulation of airflow. A wild fact that came out of the Fresh Air interview is that our nose is the organ that is most linked and most similar to our genitals because it is covered in the same type of tissue—erectile tissue. Erectile tissue can pulse on its own. Nestor suggests this might be linked with how we stay balanced, he explains: “When we breathe through our right nostril, circulation speeds up [and] the body gets hotter, cortisol levels increase, blood pressure increases. So breathing through the left will relax us more. So blood pressure will decrease, [it] lowers temperature, cools the body, reduces anxiety as well.”

If you think back to the last time you had a cold and your nose was stuffed up, that’s probably the most salient way to think about how it feels to only breathe through your mouth. And for most, it’s incredibly uncomfortable.

So Why Is Mouth Breathing So Bad?

Although most people don’t actively think about or mean to breathe through their mouths, it has some serious consequences to our health and wellbeing. Chronic mouth breathing brings unfiltered air into our bodies, can impact tongue function and dental health. It also poses risks of throat and adenoid infection due to dry mouth. And of course sleep apnea and snoring increase with mouth breathing—both of which disrupt a healthy night sleep.

While it wasn’t prescribed by Nestor on the podcast, he did talk about a solution for mouth breathing at night, which is when people are more likely to do it. He suggested using a small piece of surgical tape to tape the mouth gently closed. It’s something that doctors do suggest and has been tested. And, for Nestor, it exponentially improved his sleep. Following his nose plug days, during which he learned just how detrimental mouth breathing was for him and how much nose breathing improved his physical health quickly, it became a greater priority for him to ensure that he breathed through his nose at night. That said, only try the tape solution with guidance from a health practitioner!

How Can We Learn To Breathe Better?

An often quoted sentiment across literature about the value of breathing comes from Dr. Chandra Patel in the book Behavioral and Psychological Approaches To Breathing Disorders. She says: “We start life with a breath, and the process continues automatically for the rest of our lives. Because breathing continues on its own, without our awareness, it does not necessarily mean that it is always functioning for optimum mental and physical health. The opposite is true often. The problem with breathing is that it seems so easy and natural that we rarely give it a second thought.”

Part of the problem is that we don’t think all that much about how we breathe. The first step to breathing better is to simply increase your awareness of it. Paying attention to how you breathe naturally and trying to alter it by slowing it down, focusing on breathing through the nose and or even breathing faster can yield different results. Nestor explains that thinking about breathing is the common thread across most breathing practice guides: “If you want to slow down and become more relaxed you can exhale longer than you inhale…if you want to stimulate yourself and get going you can breathe much faster.”

The overarching goal for regular breathing is to have a fairly balanced inhale to exhale ratio or a 60% to 40% exhaling to inhaling. For more relaxation, there are a number of exercises you can try to see how they feel. Breathing differently can also help soothe anxiety, as many anxious people sink into patterns of fast and short breaths that contribute to feelings of stress.

Make it a point to think about how you breathe. If you can alter your breathing habits while conscious, those habits can cross over into your sleep time and likely improve your ability to breathe correctly throughout the night.

Listen to the full episode of Fresh Air here. 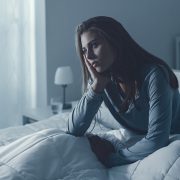 Sleep Wellness While Under Stress 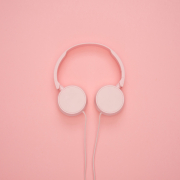 The Perks Of Pink Noise 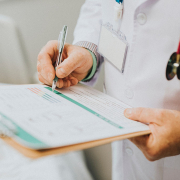 When And Why Did Sleep Science Become A Hot Topic?

Exploring The Nuances Of The Sleep Solution Category