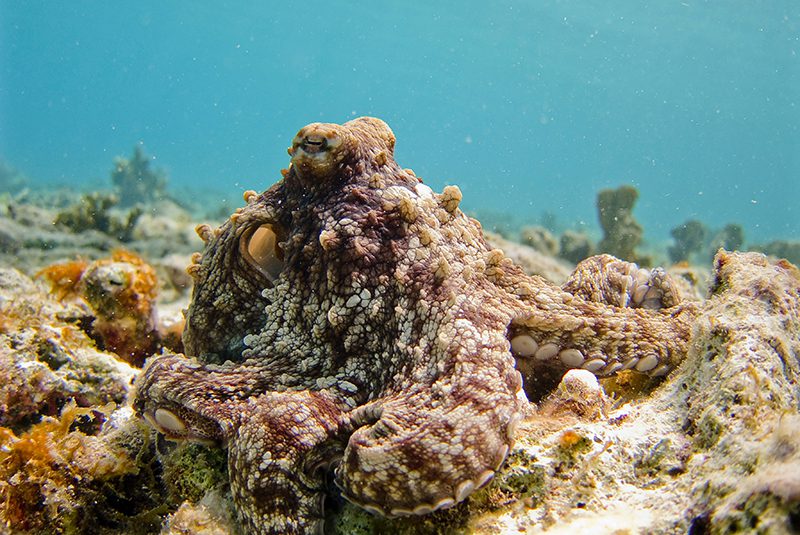 Did you know that octopuses have eight arms (not tentacles) and that those arms contain two thirds of their neurons? Or that octopuses have two hearts, blue blood and no bones—allowing them to fit into all the nooks and crannies? These facts only scratch the surface when it comes to understanding the fascinating creatures. Most recently, scientists found that the aquatic invertebrates also experience two distinct sleep states.

According to new research, octopuses could sleep more like mammals than once thought. While significant research has been conducted around how mammals sleep, there have long been logistical barriers to studying cephalopods and other aquatic invertebrates. This new study is not only interesting on its own, but also helps us better understand the nature and purpose of sleep and how it has evolved across species.

In order to investigate cephalopod sleep behavior in more detail, researchers video recorded four adult octopus specimens—octopus insularis—as they slept in a tank inside a lab. (You can watch a video here!) In watching the octopuses sleep, researchers were able to observe behaviors as well as physical changes and transitions that ultimately suggest differing sleep states.

Using automated image processing tools as well as measuring sensory stimulation, the researchers noticed that the specimens changed skin color and texture and demonstrated differing patterns of eye movement during the period of measurement. These physical changes  indicated two distinct sleep phases—active and quiet. The active state is colorful and twitchy—the octopus’ body twists as its skin cycles through shades of yellow, violet, white and other camouflage tones. The quiet phase is just that: a more restful and still sleep. These two states can be compared to two of the major stages of sleep in mammals—Rapid Eye Movement (REM) sleep (the phase in which dreaming occurs) and slow-wave sleep. These two key cycles are seen in mammals, birds and possibly in reptiles, and are understood to serve the purpose of refreshing the brain, eliminating waste and solidifying memory.

All of this said, researchers warn that octopuses are really not comparable to mammals as they have very different brain structures. But the rapid cycling through skin colors could very well indicate that the octopus is experiencing a dream—or at the very least consolidating its memories.

“I doubt very much that what’s going on in the brain in the states is exactly the same [as what happens in mammals],” adds Jennifer Mather, an animal behaviorist at the University of Lethbridge who was not involved with the work. “But the fact that there are different states is very interesting.” 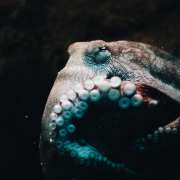 Octopuses can accomplish fairly challenging tasks like opening jars and strategically camouflaging to blend in with their environments, so these two distinct sleep states may figure into the octopus’s ability to learn and remember how to do these things. The findings of this research may also indicate that there may be more to octopus consciousness than we realize.

Octopus are not the only cephalopods whose sleep has been studied before though. In 2012, researchers studied sleep in the cuttlefish, also finding two distinct sleep states. This was the first time that an equivalent to REM and slow wave sleep stages were observed in an invertebrate. The cuttlefish similarly writhes and changes color during REM sleep indicating that something is potentially happening within its brain during the sleep stage. But it could also just indicate muscle twitching.

While these findings are exciting and quite fascinating, there’s still so much more to learn. Octopuses are already known for being very anatomically unique and for demonstrating sophisticated behaviors. This study adds a new dimension to our understanding of octopus cognition and indicates that these creatures are able to learn in ways that are more similar to the way that humans and mammals do. It may also reinforce our relatively new understanding of the correlation between memory consolidation and REM sleep.