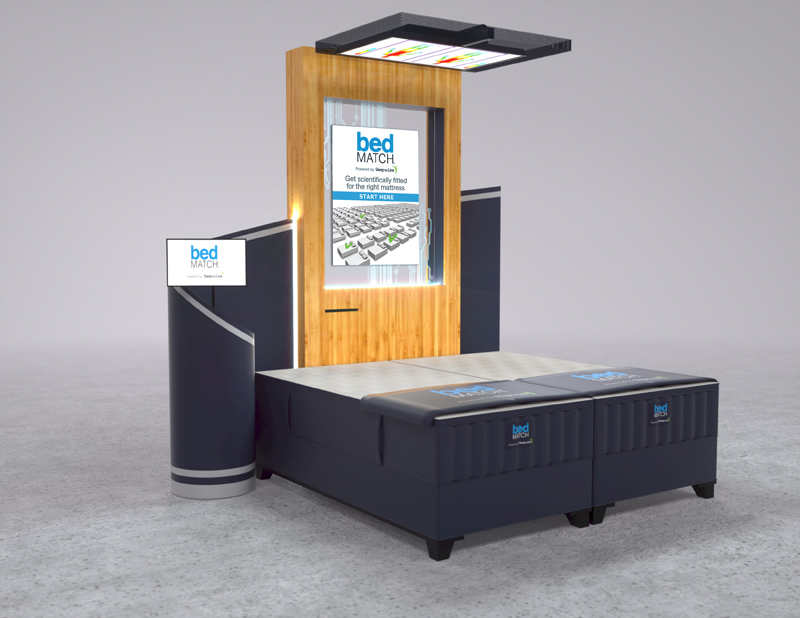 The bedMATCH retail display unit introduced by bedding producer Kingsdown was recently named “Display of the Year” at the annual Shop! OMA awards competition during Globalshop, one of the retail industry’s largest design and merchandising trade shows. It is the highest and most prestigious award presented during the OMA (Outstanding Merchandising Achievement) competition. It marked the first time a Kingsdown display had been honored by the group.

The bedMATCH display, which was developed by North Carolina-based Ryan Scott Displays, was named Display of the Year in the permanent display category, which drew 110 entries.

The display unit also received a Gold OMA award for digital interactive displays, which allowed it to be considered for Display of the Year.

“With a complex diagnostic system like bedMATCH, the point-of-purchase display is critical, and our partners at Ryan Scott Displays did an incredible job executing the vision we had for this display,” said Frank Hood, chief executive officer of Kingsdown. “The sales results achieved by retailers using our bedMATCH system clearly demonstrate its effectiveness, and this fantastic award from an influential retail design and merchandising organization recognizes that.”

The diagnostic system uses 18 statistical measurements and takes more than 1,000 calculations to determine the mattress that provides the correct level of support and pressure relief for the consumer’s specific body type and sleeping position.

The winning bedMATCH display unit can be found in more than 200 retail locations around the world.

“Ryan Scott Displays is incredibly proud of this accomplishment. We’re very grateful for the true partnership we’ve developed with Kingsdown and could not have made this a reality without their direct input and collaboration,” said Scott Brevda, president of Ryan Scott Displays.

It was the first Display of the Year Award earned by Ryan Scott Displays.

About Kingsdown: Kingsdown, Inc., founded in 1904 in Mebane, North Carolina, is a manufacturer of premium mattress systems serving leading retailers across the United States and more than 20 countries. Each product is manufactured using handcrafted techniques combined with state-of-the-art materials and equipment. Research and development, training, manufacturing and distribution facilities are headquartered in Mebane. International offices are located in Tokyo, Japan and Melbourne, Australia. Canadian manufacturing and distribution are based in Ontario, Quebec, Alberta, and British Columbia. Additional manufacturing facilities are located in Waco, Texas; Winchester, Virginia; Lakeland, Florida; Stockton, California; Dubai, United Arab Emirates; Rio de Janeiro, Brazil; Shenzhen, China; Melbourne, Brisbane and Perth, Australia. In 2018, The Kingsdown Group was formed through the acquisition of Zedbed International, a leading foam mattress manufacturer, and the merger of Owen & Company with Kingsdown, Inc. to form one of the largest and fastest growing Sleep Technology groups in North America. 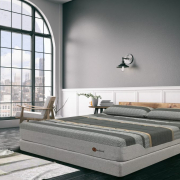