Mattress manufacturer King Koil recently launched its Smartlife Mattress by King Koil with West Coast retail powerhouse Sit ‘n Sleep in all of its 40 stores. The three-model smart sleep system collection, which adjusts to body shape, weight, sleep position and preferences, will be featured on the retail floor with its high-tech, in-store presentation.

To support the rollout, King Koil’s trainers spent a week with the company’s 200 RSAs to assure their knowledge of the technology behind the system to better communicate the benefits of Smartlife to consumers. With the addition of the three SmartLife models, Sit ‘n Sleep now features more than 25 King Koil models in its bedding departments.

“We value our partnership with Sit ‘n Sleep and its standing as one of the most respected bedding retailers in the country. Their RSAs have the extraordinary ability to sell a range of product, so we were confident that the technology in Smartlife Mattress by King Koil would be exceptionally presented to consumers,” said David Binke, chief executive officer of King Koil.

Smartlife mattresses use a scientific algorithm that powers smart cells to adjust automatically to fit a consumer’s unique body shape, weight and preferences. Programming and monitoring of the sleep system is managed through a smart device app.

In addition to the extensive training, Sit ‘n Sleep has installed King Koil’s point-of-purchase system that includes high-definition screens mounted above the beds to help consumers understand the technology built into the mattresses. A video lops on the screen explaining Smartlife technology and how the mattresses is designed to deliver supportive sleep in easy-to-understand terms.

With its 80 individual smart cells and eight independently controlled zones from head to toe, Smartlife offers multiple settings of firmness that allow users to adjust to accommodate personal sleeping needs.

About King Koil: A leading global mattress manufacturer, King Koil supports more than 30 licensees in more than 90 countries where King Koil mattresses are manufactured and sold. Headquartered in Avondale, Arizona, the company has a long, rich history that reaches back to 1898 when Samuel Bronstein founded United States Bedding in St. Paul, Minnesota. What started out as six employees in a small factory has continued to grow. During the 1930s, U.S. Bedding improved the bedspring and was looking for a new name for its product. From there, the King Koil name was born. 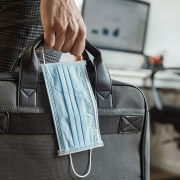 Q&A: Weathering The Challenges Of The Pandemic