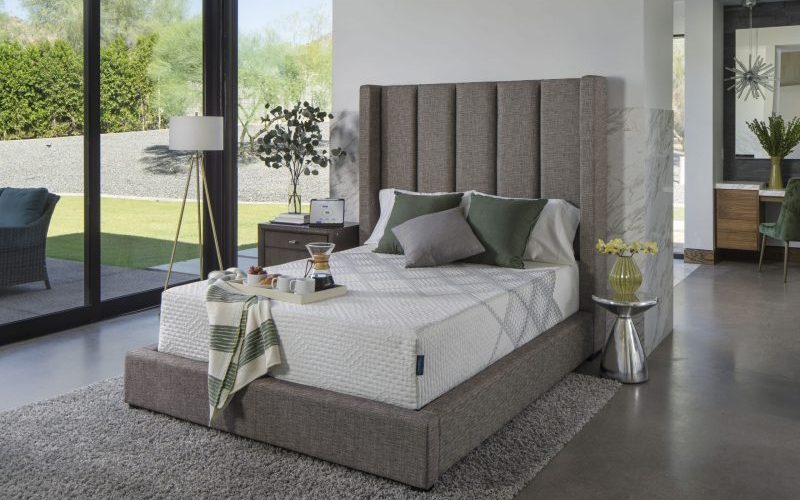 The manufacturer earned placements for its Smartlife mattress in 23 locations.

SmartLife has been steadily building it retail presence since its launch at the January 2020 Las Vegas Market. The mattresses are designed to adjust to body shape, weight, sleep position and consumer preferences using a scientific algorithm that powers smart cells to adjust the beds automatically to fit each consumer’s unique needs. The technology behind the collection is what helped gain the placements.

“We’re looking forward to improving our business with King Koil on our floors,” said Kerry Tramel, president of Mathis Brothers. “Customers are drawn to smart mattresses because they allow for greater personalization and customization. Flooring SmartLife gives us an edge in the smart bed category.”

The SmartLife Mattress is on the floor in all the retailer’s locations in and around: Indio, Irvine and Ontario, California; Oklahoma City and Tulsa, Oklahoma; Springdale, Arkansas; and Lubbock, Texas.

“We are very excited to have Mathis Brothers carry SmartLife in its stores. It is one of the most respected retailers in the country, so it is a privilege for us to be a part of its vendor family,” said David Binke, chief executive officer of King Koil. “We have now achieved footholds for the SmartLife program in a number of key regional markets, and our goal is to continue to expand with other retail partners in various areas of the country in order to further accelerate the growth of this collection.”

King Koil has supported the SmartLife line with a multi-media marketing campaign that features placements on social media and digital marketing efforts such as banner advertising and a point-of-purchase system that includes a high-definition screen mounted above the bed that displays a video to help consumers understand the technology built into the system during rest tests. Programming and monitoring of the sleep system is managed through an app with smart devices.

Mathis Brothers was founded in 1960 by Bud and Don Mathis as a resource for affordably priced home furnishings. The second-generation family-owned furniture chain is one of the largest independent furniture retailers in America. The company also operates Mathis Design Studio, Mathis Sleep Center, Mathis Outlet and Mathis Rug Outlet locations. Each furniture store offers more than 10,000 products in the mattress, living room furniture, dining furniture, recliner and other categories.

A leading global mattress manufacturer, King Koil supports more than 25 licensees in more than 80 countries where King Koil mattresses are manufactured and sold. Headquartered in Avondale, Arizona, the company has a long, rich history that reaches back to 1898 when Samuel Bronstein founded United States Bedding in St. Paul, Minnesota. What started out as six employees in a small factory has continued to grow. During the 1930s, U.S. Bedding improved the bedspring and was looking for a new name for its product. From there, the King Koil name was born.