Kevin Damewood, a 30-year mattress industry veteran with experience in senior sales and marketing roles with numerous bedding brands, has rejoined mattress producer King Koil. In the newly created position of executive vice president of business development, Damewood will focus on expanding the brand’s relationships with existing and new retail accounts in the central and eastern United States.

In order to support the brand's growing strategic partnership with Blue Bell Mattress, Damewood will focus his activities on initiatives for both King Koil corporate and Blue Bell, the brand’s manufacturing partner in the Eastern U.S. 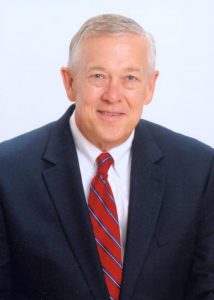 “Kevin’s understanding and relationships in the retail community will be a very important part of our ongoing strategy.  He consistently develops winning strategies and we see him as a strategic advantage of us as we continue to develop our direct manufacturing model,” said King Koil CEO David Binke.

“Being able to bring someone of Kevin’s caliber on board is one of the examples of how our increased partnership with King Koil is bringing greater benefit to our clients and company. By sharing this resource, our customers and people will be able to benefit from his deep knowledge of the market and extensive dealer contacts,” said Mark Kolovson, CEO of Blue Bell.

“This is an exciting time in our industry and most especially for King Koil. David has assembled a great group of senior leaders, the best in the business today, and I am happy to be a part of that team. Moreover, Blue Bell Mattress is one of the premier independent manufacturers in the industry and I look forward to working with them as well,” Damewood said.

A graduate of the University of Massachusetts-Boston, Damewood resides in the Washington, D.C., area.

About King Koil: A leading global mattress manufacturer, King Koil supports more than 30 licensees in more than 90 countries where King Koil mattresses are manufactured and sold. Headquartered in the Chicago suburb of Willowbrook, Ill., the company has a long, rich history that reaches back to 1898 when Samuel Bronstein founded United States Bedding in St. Paul, Minn. What started out as six employees in a small factory has continued to grow. During the 1930s, U.S. Bedding improved the bedspring and was looking for a new name for its product. From there, the King Koil name was born.