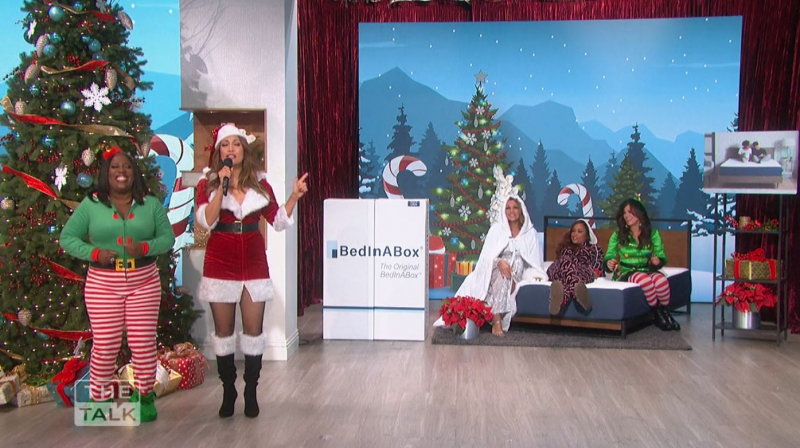 Boxed mattress brand BedInABox was recently featured on the CBS show “The Talk”, a highly rated daytime show with more than three million viewers. The company’s Azul mattress, which offers three layers of cooling proprietary foam, was given to each of the in-studio audience members during the annual “Giftmas” episode.

“We’re thrilled that our Azul bed, one of the longest running designs in our portfolio, was included in “The Talk’s” holiday “Giftmas” episode,” said Dan Manning, North American bedding sales manager. “Being part of the show provided us with great exposure to the live audience, as well as to the show’s more than three million viewers. This opportunity gives us a significant boost as we continue to grow our consumer brand.”

The “Giftmas” episode aired Friday, December 13, and included the show’s five hosts talking about the features and benefits of the mattress. The hosts, Sherly Underwood, Carrie Ann Inaba, Vanessa Williams, Marie Osmond and Eve, sat on the mattress as they told the audience about their newest gift. The five women raved about how comfortable the bed was. As the cameras panned to the audience, the crowd cheered as they happily accepted the exciting news of their new mattresses. The Azul mattress is also featured online on the show’s Giveaways page so that  viewers can enter to win the same mattress.

“Since the show aired, we’ve seen a quite an uptick in traffic to our website and we’ve logged a number of sales,” Manning said. “Being part of the show was great for the brand and our entire network of dealers.”

The Azul mattress is priced to retail at $1,199 in queen and features the company’s CoolRest gel memory foam and an UltraCool knit cover for additional cooling properties.

About BedInABox: Founded in 2006 by Bill Bradley, BedInABox was an early innovator in the e-commerce channel for boxed mattresses. Working hand in hand with a partner, Bradley developed a machine that would compress and roll mattresses for easy delivery to consumer homes, starting a growing trend in the mattress category for boxed beds. 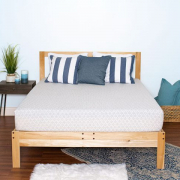 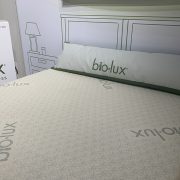 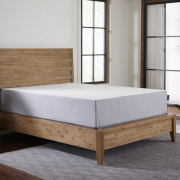