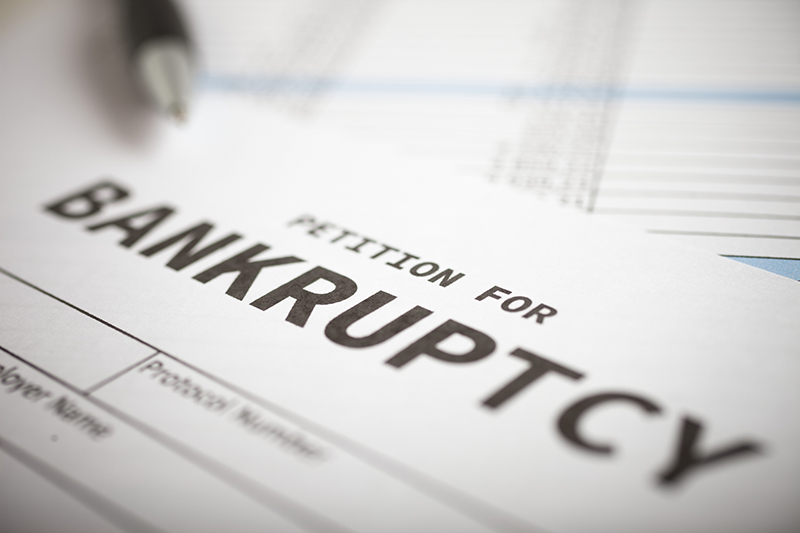 Experts are predicting it. We explore how, why and when it may happen.

Earlier this week, news broke of Corsicana Mattress’ Chapter 11 filing—but that is not the only bankruptcy story on our radar.  After a quiet few years, experts are now predicting that, unless market conditions don’t recalibrate, we will soon be seeing a wave of retail bankruptcies in the near future. Between inflationary pressures, inventory shake-ups and an ever volatile financial market, there are a lot of different factors at play right now that are making experts worried. What does this mean for the bedding retail landscape? We take a closer look.

Coming Off A Quiet Few Years

Part of what is making these predictions so newsworthy is the fact that retail bankruptcies have been at record lows for the last year and a half, following a major uptick at the start of the pandemic. In 2020, there were 52 retail bankruptcies—from Lord & Taylor to Neiman Marcus and JC Penny. But by 2021, that number dropped to just 21, as the pandemic began to ease and stimulus money kept the economy afloat. That support has held over to 2022; so far this year has only seen four retail bankruptcies—which, according to S&P Global Market Intelligence, is the lowest it’s been in at least 12 years.

But now, with new pressures on the global economy, experts are predicting a reversal of this trend in the months and years ahead.

“Retail is in flux,” Perry Mandarino, co-head of investment banking and head of corporate restructuring at B. Riley Securities, told CNBC recently. “And within the next five years, the landscape will be much different than it is today.”

As with any financial prediction model, there are a number of different factors contributing to these theories. And, like with most everything these days, it starts with inflation. Inflation has increased costs across the board—from raw materials to finished products. This is weakening the demand for some goods, especially from lower- to middle-income consumers who are feeling the impact of spending more on essentials. While the Commerce Department is now saying that we have probably seen the peak of inflation, its impact on the wider economy will not immediately disappear any time soon.

This, along with the up and down nature of the pandemic, is changing consumer spending habits. According to the Commerce Department, consumer spending gained only 0.2% in May—the smallest rise in five months. Spending on long-term purchases (goods meant to last three years or more) declined 3.2%. In particular, furniture and home furnishings retailers saw month-over-month sales declines. And according to a new survey fro the NPD Group, consumers bought 6% fewer items at retail in Q1 of 2022 than they did in Q1 of 2021.

Another factor is consumer debt, which is at nearly all-time highs right now. Experts are predicting that this will soon start to influence their spending habits as well. “Consumers have been willing to spend on credit cards, on mortgages and on buy now pay later programs,” explained David Berliner of BDO. “I’m afraid a lot of consumers are going to be tapping out their credit cards and then they’re going to be forced into an abrupt pullback.”

With both retailers and manufacturers still reckoning with supply limitations, sourcing constraints and increased logistical costs, any abrupt shifts in consumer spending is going to cause added problems. Many retail stores are already contending with bloated inventory levels after late shipment arrivals coincided with changing consumer demand. More than just contributing to logistical headaches, rising inventory levels have the potential to lead to other, bigger issues for retailers—as retail profit margins tend to shrink when inventories are reappraised.

Of course, the looming threat of a recession is not helping matters much.

With the Federal Reserve raising interest rates, this has set economists on edge about how the markets will react. This has also affected companies’ ability to refinance debt they’ve been carrying. Looking to get ahead of these rate hikes, a number of retailers had rushed to refinance, says Spencer Ware, managing director and retail practice leader at Riveron advisory firm. Macy’s is one; in March, the retailer finished refinancing $850 million in bonds that were coming due in the next few years. But that kind of refinancing activity has begun to slow, Ware says—with bigger deals getting cancelled. Without the ability to refinance, more retailers are expected to turn to bankruptcy in order to restructure.

While no one can say for sure how any these predictions will play out, most restructuring experts are pointing to the fall as an important turning point. David Berliner, chief of business restructuring and turnaround practice at BDO, expects that we will start seeing more bankruptcies starting after the back-to-school shopping season, “as families return from long-awaited summer vacations and may be forced to tighten the belt.”

A new consumer survey from NPD Group, which was issued in late May, reinforced that timeline as well. It found that more than 8 in 10 consumers report that they are planning to pull back on their spending in the next three to six months.

The impact of this change in spending won’t be felt right away though, says Ian Fredericks, president of Hilco Global’s retail group. He believes that retail bankruptcies won’t really start to pick up until 2023.

According to BDO’s Berliner, the retailers with the heaviest debt loads are going to be the ones most vulnerable to bankruptcy. But it’s the smaller retail businesses—the mom and pop shops—that will likely be hit the hardest by everything, as they do not have as many resources as the larger competitors.

In terms of retail categories, Perry Mandarino, co-head of investment banking and head of corporate restructuring at B. Riley Securities, says home goods, apparel and department stores will be facing the most pressure in the months ahead.

Other financial firms are getting into more detail. According to analysis from Fitch Ratings, some of the companies most in danger of default are retail brands like Men’s Wearhouse, Anastasia Beverly Hills and Serta Simmons Bedding.

What Happens When The Wave Hits?

Bankruptcy is not the end of the world for retail brands. In fact, in most cases, it gives them a vital lifeline and allows them a chance to restructure their business for the future. But, no matter what, an influx of retail bankruptcies will shift the retail landscape significantly. According to B. Riley Securities’ Mandarino, we can expect that such a wave will precipitate an uptick in mergers & acquisitions activity as well. He posits that most bigger, more financially stable retailers will likely jump at the chance to gobble up smaller, financially strapped brands at a discount. These acquisitions will help the big guys keep their revenues growing quarter after quarter, even if that growth is inorganic.

One important caveat to keep in mind is that, despite their expertise in the area, these experts are still trying to make predictions about an increasingly unpredictable market. Consumer behavior has become more bifurcated than ever before—as lower income Americans pull back their spending due to inflation, while wealthier consumers continue to splurge on luxury goods and services. This split makes it more difficult to calculate the cumulative impact of consumer spending on the wider economy.

There’s always a chance that this so-called bankruptcy wave can be avoided if certain market conditions shift—if spending stays consistent, if consumers are able to pay off their debt slowly and steadily, if a recession is held at bay. But if consumer spending does abruptly slow down this fall, as they’re predicting, more retailers will be facing default and bankruptcy more quickly. No matter what, preparing contingency plans for that possibility will be essential for all retail brands.