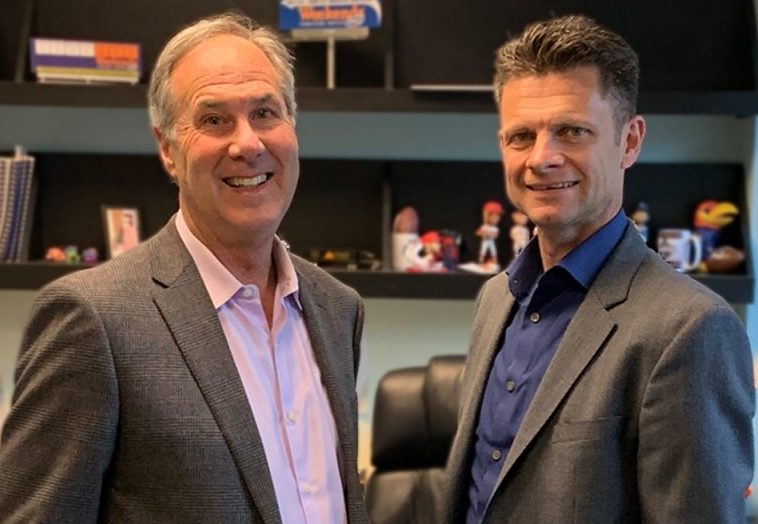 Twenty-three years later, the person who spoke them, Tom Phillips, is retiring as CEO and moving into his new role as Executive Chairman. During his decades at Weekends Only, he grew a single retail space into a seven-store, top 100, $70 million multi-market chain with a growing e-commerce presence.

“I’m proud that, through the efforts and talents of so many team members, we made a difference. We made it possible for people in our communities to buy quality home furnishing products more affordably,” says Phillips.

Affordability has been woven in the Weekends Only fabric since day one. A location of his former store, Phillips Furniture Co, was struggling. A consultant convinced Phillips to take a risk and open doors only on weekends to offer customers the lowest price.

“This was a relatively new idea in the industry. The concept quickly was very disruptive, and within five years we had opened five stores in the metro area,” Phillips recounts. Limited quantities and constant new arrivals made Weekends Only the number one shopped furniture brand in St. Louis.

While Phillips looks forward to relaxing at his summer lake house in Wisconsin and spending more time with his wife and six grandchildren, his leadership will continue. He has every intention of serving as an advisor to the company while mentoring people, inside and outside the organization.

“Oh, there’s no question I will miss the people the most. I’ve been extremely blessed to have worked with some of the most talented people in retail…I will miss being in a position of influence in their lives, where a kind word of care and concern, a note of encouragement, or an expression of thanks and praise made them know they were important.”

Lane Hamm, who now holds the title of President and CEO, is one of those talented people in retail Phillips has mentored.

“Tom has taught me to focus on the individual and understand the ‘whole’ person. The better I can understand an individual’s needs and motivations, the better served I am to be an effective leader for them,” says Hamm.

Hamm is tasked with not only leading people, but also leading a robust company in an industry that is constantly challenged to maximize value for customers. “Lane has the skill set we need, and he has demonstrated he can lead through change and make the hard decisions required to take this company to the next level, especially during this tough time of Covid-19,” says Phillips. “No one could have predicted this virus, but under his leadership the company has been in front of doing what’s right, right now, for our customers and employees.”

Hamm took over during an unenviable time. But you wouldn’t know it by talking to him.

“Despite the pause that all retailers have experienced over the last few months, we remain committed to growing the model through our online and store sales channels. We have a great foundation in place due to Tom’s leadership and a management team poised to continue pushing us forward,” says Hamm. There’s a reason for his optimism.

“Our concept continues to fill a void that is underserved in most markets,” he says. That same concept has impacted the lives of thousands of employees and numerous households. An accomplishment that will forever serve as Phillips’ legacy. “I am most proud that after 23 years, we are still here, making a difference in peoples’ lives,” says Phillips.

About Weekends Only: Founded in 1997, Weekends Only Furniture and Mattress has a unique concept: to be open only on Fridays, Saturdays, and Sundays to reduce overhead and pass those savings on to customers on a wide selection of stylish furniture and quality mattresses all at the highest value. The company has grown to include two stores in Indianapolis, five locations in St. Louis and an online store.

Exploring The Nuances Of The Sleep Solution Category
Scroll to top