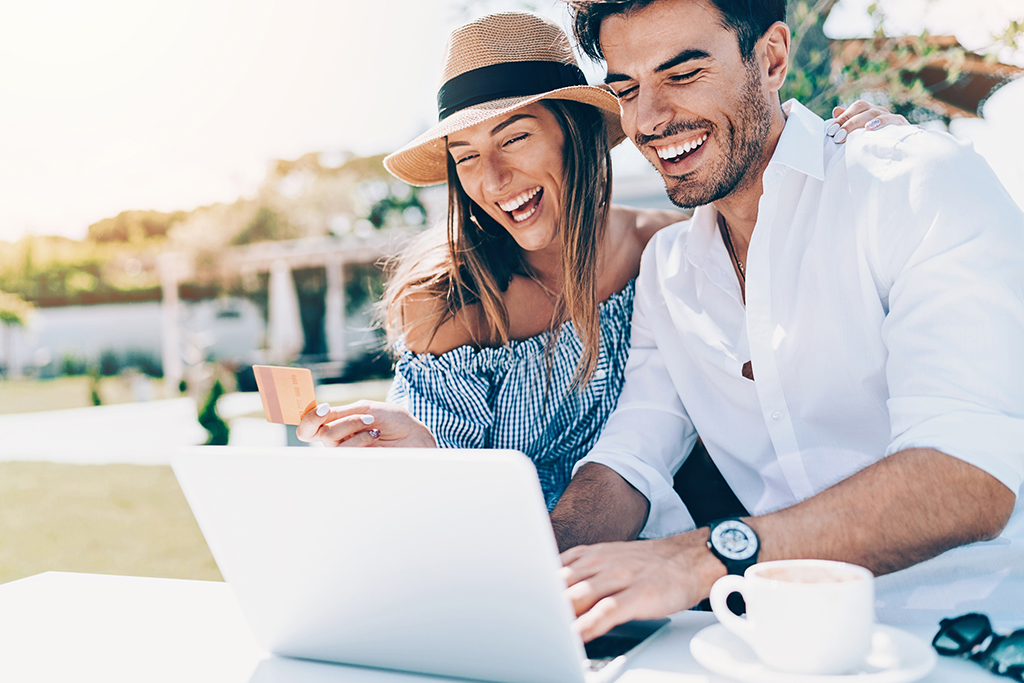 What does this mean for the economy and the bedding industry?

While a lot of Americans may be pulling back on their spending due to both inflation and shifting consumer habits, it appears (at least for now) that high-end shoppers are still buying. In fact, many experts believe luxury retail is showing no signs of slowing down, with companies from Nordstrom to LVMH reporting Q1 gains. At the same time, more mass-market retailers like Walmart and Target are showing steep revenue drop-offs in recent weeks. We’re diving deeper into what these changes and trends mean for the wider economy—and how they may affect the bedding retail industry moving forward.

We are in a unique economic environment right now. According to new insights from Visa, spending at the lower end of the spending strata is return to pre-pandemic trend-levels—while spending among the affluent is increasing. “What really dropped off during the pandemic was the higher levels of spend strata and we’re really seeing in the last nine months or 10 months is the affluent customer coming very much back into the market,” said Al Kelly, chief executive at Visa. Not only are higher-income households less affected by inflation, many of them are still sitting on excess savings, especially among older consumers who were putting away more cash during the height of the pandemic.

How Is This Affecting Retail?

While a lot of today’s consumers of all income levels are shifting their dollars away from goods towards services (like restaurants and travel), the divide in spending between higher- and lower-income is being reflected in retail sales. There is a clear divergence among retailers catering to high-end and those selling to mass-market shoppers right now. Stores like Walmart and Target have taken a beating in recent months—with recent earnings reports falling short of expectations, as inflation cut into their margins and mid- to lower-income households face new financial realities.

On the other end of the spectrum, stores like Nordstrom are reporting strong sales growth. Nordstrom just exceeded its pre-pandemic levels in Q1, logging a 23.5% jump in sales, while the French luxury goods conglomerate LVMH saw revenue grew 29% in Q1. This stratification can be seen in the furniture category as well, where despite overall sales being flat, ASP was up 15% in Q1. According to a new Piper Sandler survey, higher-end furniture retailers are predicting further sales growth in Q2—while lower-end retailers are expecting decline.

Discrepancies between affluent and the lower-income spending are not anything new. According to experts, two-thirds of all consumer spending is done by one-third of Americans in the higher income brackets. That split is just as sharp when it comes to luxury products; according to Karla Martin, managing director at Deloitte, the top 20% of consumers typically account for 70% of luxury retailers sales.

But, as Martin explains, the behavior of the other 80% of Americans does influence whether a luxury brand stagnates or grows. When lower-income consumers are being pushed to spend more elsewhere (as is the case with inflation), their ability and desire to buy luxury diminishes. This doesn’t just apply to ultra luxury sellers either; when inflation curtails mid- to low-income spending, it squeezes business margins across the board.

What Does This Mean For The Economy?

The silver lining for everyone? Strong spending from affluent consumers could be enough to stave off a more serious economic crisis across the board. “My knee-jerk reaction is recession can be avoided,” Scott Hoyt, senior director for Moody’s Analytics, told CNBC recently. “The high-end consumer is more meaningful.”

This is especially good news for the sleep industry, which, as many will remember, took a serious hit during the 2008 recession—with dollar values dropping by 11.7% in 2008, and then again by another 9% in 2009, according to the International Sleep Products Association. If high-end spending can keep a recession at bay, then it will ultimately benefit the entire industry, not just those at the top.

Things To Keep An Eye On

While many people are living their lives as if we are in a post-pandemic world, the truth of the matter is that COVID-19 is still out there. And it’s not just a health risk, but an economic one as well. Affluent consumers lose confidence when COVID-19 cases go up, says Wayne Best, chief economist for Visa—and low confidence can lead them to pull back on spending. If the economy is currently being held up by high-end spending, then another major wave like we had back in the winter could cause serious economic problems.

Other experts are warning to keep an eye on the inventory to sales ratio data, which weighs manufacturers’ and trade inventories against the sales and shipments. Over the past year, many retailers and manufacturers have been over-ordering in order to keep up with the consumer demand and get ahead of supply chain delays. This has been essential to survive during the pandemic—but if and when the demand softness, they will soon be facing an excess of product. For retailers, this could push them towards offering steep discounts as they look to make room for new products.

While Scott Hoyt, senior director for Moody’s Analytics, is not sounding any alarm bells right now, he says to watch for how fast the inventory sales ratio rises in the near future—especially as it starts to cross pre-pandemic levels—as this could be a signal of more serious economic issues coming down the pipeline.

And according to Diane Swonk, chief economist at Grant Thornton, a skewed inventory/sales ratio poses a bigger threat to smaller and medium-sized retailers, which are less capable of absorbing the impact of necessary discounting than bigger firms.

While inflation is causing some Americans to pull back on discretionary spending, higher-end consumers are still buying. And though experts are, for now, predicting that this level of spending from the upper echelons of society will be enough to prevent a more serious recession—it does create an interesting environment for mattress and bedding sellers as they look to make merchandising and inventory decisions in the coming months. Should you prioritize the affluent shopper who’s still looking to spend? Or find new ways to support and engage the mid- to lower-income consumer, who may be more willing to buy if presented with more affordable options?

It is a delicate balancing act. Mattresses, as a whole, cannot and should not become an exclusive product category. Good, quality sleep is essential for people’s health and wellness—and everyone deserves a safe, comfortable place to rest, no matter their income bracket. So the question for a lot of retailers moving forward becomes: how can you protect your margins without abandoning your customer base?

One Adjustable Base, Shown Three Ways
Scroll to top