Under settlements with the Federal Trade Commission, three mattress manufacturers have agreed to stop making unsupported claims that the mattresses they sell are free of harmful volatile organic compounds (VOCs).

In settling the FTC’s charges, the companies have agreed not to make similar claims in the future, unless they have competent and reliable scientific evidence to prove they are true. In addition, one company is barred from making misrepresentations about certifications.

VOCs are carbon-containing compounds that easily evaporate at room temperature. Some VOCs can be harmful to human health and the environment.

Essentia Natural Memory Foam Company, Inc. The FTC alleges that Essentia made unsubstantiated claims that its mattresses do not contain VOCs, are chemical-free, have no chemical off-gassing or odor, and are made from 100 percent natural materials. Moreover, the complaint alleges that Essentia claimed that tests show that its memory foam is free of VOCs and formaldehyde when, in fact, tests do not support these claims.

Ecobaby Organics, Inc. The complaint against Ecobaby, based in San Diego, California, alleges that Ecobaby made unsubstantiated claims that its mattresses are chemical-free; formaldehyde-free; free of VOCs, such as toluene and benzene; and without toxic substances. The complaint further alleges that the company misrepresented that its mattresses are certified by an independent third-party certifier when, in fact, the certifier is an alter ego of the company that awarded its seal to its own products without applying objective standards. Finally, according to the complaint, Ecobaby Organics claimed that tests show that its mattresses are VOC-free, chemical-free, and Formaldehyde-free when tests do not support these claims.

The proposed orders bar Relief-Mart, Essentia, and Ecobaby, from making VOC-free claims unless the VOC level is zero micrograms per cubic meter or the company relies upon competent and reliable scientific evidence that its mattresses contain no more than trace levels of VOCs, based on the guidance in the FTC’s Green Guides. The orders also bar environmental benefit or attribute claims, and certain health claims, unless they are true, not misleading, and supported by scientific evidence.

Information for Consumers and Business

According to the Green Guides , companies sometimes claim that their products are “free of” a chemical or other ingredient that may be an environmental concern. When marketers say a product is “free of” an ingredient, the product must not contain the ingredient or have only a trace amount. The “trace amount” test is met if: 1) the level of the ingredient is less than that which would be found as an acknowledged trace contaminant or background level; 2) the ingredient’s presence does not cause material harm that consumers typically associate with it; and 3) the ingredient has not been added intentionally. The FTC has a new post on the agency’s Business Blog page about mattresses and VOCs titled FTC to mattress companies: Don’t pad your green claims.

About the Federal Trade Commission: The Federal Trade Commission works for consumers to prevent fraudulent, deceptive, and unfair business practices and to provide information to help spot, stop, and avoid them. The FTC enters complaints into Consumer Sentinel, a secure, online database available to more than 2,000 civil and criminal law enforcement agencies in the U.S. and abroad. 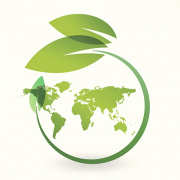