Ramping up its sales training to drive a consistent message throughout its domestic licensee network, mattress manufacturer Spring Air International has hired Charles Torrez for the newly created position of director of learning and development.

Torrez, who has spent more than a decade in sales management and sales training at bedding specialty retailers Sleep Train and Mattress Firm, will help extend Spring Air’s corporate vision for assisting its reps in conducting more efficient store visits with retail partners. Having someone in the pivotal role will help the sales team achieve their overall goal of improving customer satisfaction at retail while helping increase product knowledge and boosting sales.

“Because of Charlie’s extensive retail experience, he understands the needs of dealers and retail sales associates, and can consistently convey our message throughout the organization,” said Nick Bates, president of Spring Air International. “To continue to grow our brand, it’s vital for everyone to be on the same page.” 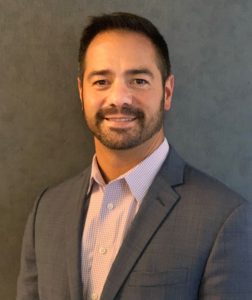 Torrez, who reports to Bates, is responsible for training the sales team at each Spring Air factory on products, branding and marketing plans, and he also will work with each licensee’s sales team to train retail partners and retail sales associates.

Since 2017, Torrez had been director of divisional talent planning and field development for Mattress Firm, where he oversaw sales training and leadership development for 700 stores in the Mid-Atlantic region. During that time, he updated and re-launched a quarterly sales performance program that resulted in a 20 percent sales increase across the division, and reduced voluntary turnover from 50 percent to 30 percent in one year.

From 2015 to 2017, he was regional development director for the Mountain West region of Mattress Firm, and from 2007 to 2015, he served as district sales manager for the West division of Sleep Train, which was acquired by Mattress Firm in 2014.

A resident of Charlotte, North Carolina, Torrez has completed the Lean/Six Sigma Green Belt program. He also worked on behalf of the Ticket to Dream Foundation, a non-profit group that supports foster children across the U.S., since 2008.

Founded in 1926, Chelsea, Massachusetts-based Spring Air International is a Top 20 U.S. bedding manufacturer and widely recognized consumer brand. The company boasts of its ability to service retail customers from north to south and coast to coast in the U.S. and is produced in more than 40 countries through its international network. The company is committed to helping retailers drive business while leveraging its reputation for trust and integrity inspired by its name.