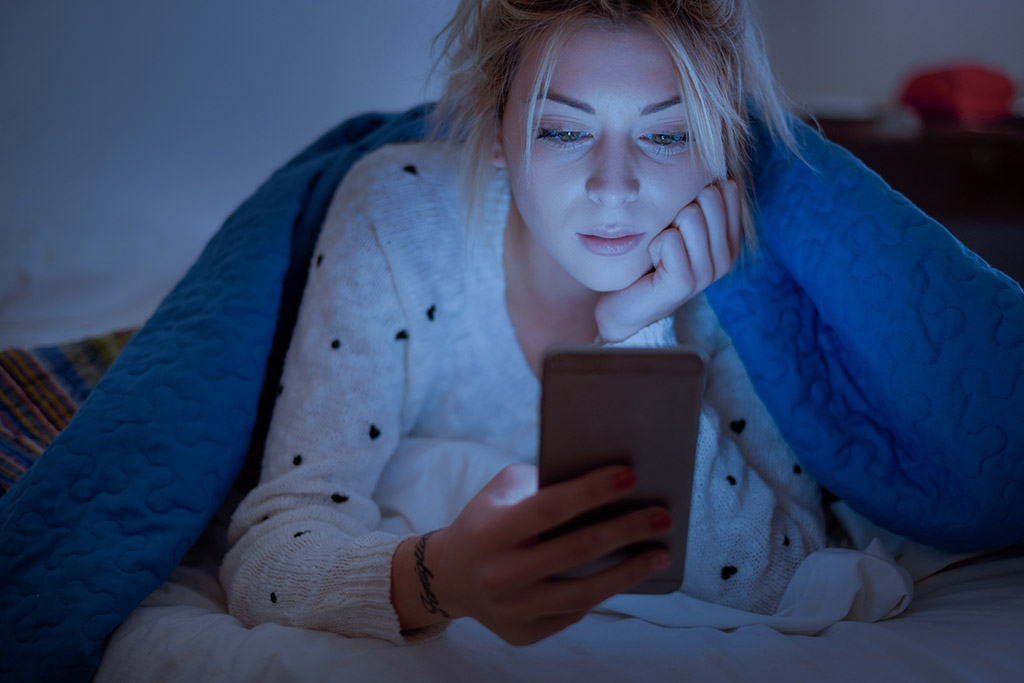 Why Sleep Tech Needs To Be Actionable

Sleep is important to your overall health; we all know it to be true. And, in turn, we also know how dangerous it is to not get enough of it. These days, the Internet is chock full of articles about these risks: how lack of sleep can cause both long-term physical effects and short-term mental and emotional stresses. While all this may be true, studies have also shown that a near constant focus on the dangers of sleep deprivation can actually be detrimental to people’s sleep—and the same goes for many of the health tracking technologies that are supposed to help people create better sleep habits. According to new research, sleep trackers can trigger greater feelings of stress and anxiety that can actually prevent them from getting the quality sleep they need. It begs the question: how do we keep consumers educated and informed, without unintentionally sabotaging their sleep?

When you’re struggling with insomnia, it can feel like a never-ending problem. You know you should be getting more sleep, but that often makes you worry about whether or not you can get more sleep—and then that, in turn, actually makes it harder to fall asleep. It’s a vicious cycle! This is especially true when you get caught in a loop of thinking about the many health risks associated with sleep deprivation—without receiving any tangible advice for how to resolve any of these issues.

When first introduced to the consumer market, sleep trackers were touted as one of those tangible solutions. The idea was that collecting and reviewing nightly sleep data would give you a better understanding of your unique sleep profile—how much sleep you’re actually getting, when are you waking up, etc—so that you could make more educated adjustments to your habits. At their core, these trackers were supposed to help empower consumers to take control of their sleep hygiene. In some ways, their introduction to the consumer market was beneficial in raising awareness about the importance of sleep. These devices illuminated previously unknown information—and for people who had grown accustomed to ignoring their own body’s cues, seeing their own personalized sleep data was the first step to really understanding the connection between poor sleep and all their various daytime feelings, aches, pains, habits and health issues.

But years later, new research has shown that these sleep trackers and sleep-tracking apps can actually both cause and further exacerbate insomnia by making people more anxious and obsessive. “We’ve seen a lot of people who have developed significant insomnia as a result of either sleep trackers or reading certain things about how devastating sleep deprivation is for you,” Dr Guy Leschziner, a sleep disorder specialist and consultant at Guy’s hospital in London, recently explained at the Cheltenham science festival.

This sentiment has been echoed by a number of other case studies and sleep experts. Last year, a research team in Chicago found that micromanaging sleep through tracking apps had actually caused some patients to develop a disorder they called “orthosomnia”—or, a “perfectionist quest to achieve perfect sleep,” according to Sabra Abbott, MD, PhD, an assistant professor of neurology at Northwestern University.  “We realized we had a number of patients coming in with a phenomenon that didn’t necessarily meet the classical description of insomnia, but that was still keeping them up at night,” Abbott told Health last year. “They seemed to have symptoms related to concerns about what their sleep-tracker devices were telling them, and whether they were getting good quality sleep or not.”

In fact, all health tracking technology in general has been shown to have negative consequences for some people. Researchers refer to it as the “nocebo effect”—the idea that if you obsess over symptoms (both real and anticipated), they are actually more likely to happen. Think of it as a self-fulfilling prophecy: if you fully believe that you’re going to be stricken with insomnia tonight, then you up the chances of that being the case. “The body’s response can be triggered by negative expectations,” says Luana Colloca, a University of Maryland neuroscientist and physician who studies placebo and nocebo effects. “It’s a mechanism of self-defense. From an evolutionary point of view, we’ve developed mechanisms to prevent dangerous situations.”

This is especially true when it comes to sleep. According to psychologist Annika Norell-Clarke at Örebro University in Sweden, worrying about sleep is not just a symptom of insomnia—it may actually be a contributing factor, one that can actually prolong the disorder.

While worrying about sleep is not necessarily a new phenomenon, the wide availability of sleep tracking apps and devices has brought that anxiety to a new level. This can even be true for people who don’t really have something to worry about. Many sleep tracking apps lack the necessary sensor technology to deliver an accurate reading—and instead rely solely on movement data, which can be misleading. But because the “data” is presented in a seemingly objective way, users place greater trust in that information—even going so far as prioritizing it over their own physical feelings. This can affect the people who wake up feeling groggy despite the app saying they got the correct amount of sleep; or someone waking up feeling refreshed, but questioning those feelings because the app indicated that they didn’t quite hit their target.

Beyond the possibility of faulty data collection, this may occur simply because every body is different. While eight hours of sleep a night is the recommended amount for most adults, that number actually varies from person to person. By measuring every person’s sleep quality against the general guidelines, some trackers may be alerting you to a problem that is not actually there—and that, in turn, can trigger that “nocebo” effect and make you feel worse.

Even amidst these issues, it would be naive to say that we should simply banish all technology from the bedroom. Sleep data, in and of itself, is not the problem; we just have to rethink how it’s being collected and what it’s being used for. There’s no doubt that technology is going to continue to play a major role in daily life—but it’s our responsibility as members of the sleep industry to make sure we’re using it thoughtfully and meaningfully.

When it comes to picking a sleep tracking device, there is a wide spectrum of options that range from pricey stand-alone devices to free mobile apps. And not all trackers are equal: some of the more expensive ones will have the ability to measure more types of data points in order to ensure greater accuracy, while others are simply focusing on one or two factors. The lack of clinical standards means that some consumers are placing too much importance on incomplete data.

Of course, not everyone really needs to recreate a sleep study environment in their own bedrooms. The truth is, many simplified tracking devices can still collect enough physical data to be meaningful. But regardless of functionality, all of these products should be required to be transparent about what sort of limitations they have—so consumers can make more educated decisions about how much weight to place on the data.

Focus on larger patterns and context, not just raw data

One of the reasons sleep trackers can be so anxiety-producing is that they require you to check them every single day—and then provide you with granular level data points that are not always reflective of larger trends. Sleeping poorly one night does not mean that will be the case all week—unless, of course, that first night’s data causes you so much stress that you can’t fall asleep again the next night, and the next night.

The truth is that there will always be slight variations in any data set if you’re looking at each day separately—but that information is simply not as important as the larger patterns that data adds up to. Getting lost in the details can be harmful and dispiriting.

Thankfully, other health tracking categories have already begun to move away from this approach. For example: Shapa is a new kind of scale that, instead of simply telling you your weight when you step on it, aggregates three weeks worth of weigh-in data in a color-coded report that informs users whether they’re gaining, losing or maintaining their weight. According to Shapa co-founder Dan Ariely, the idea is to move away from the specifics incremental weight changes and instead prioritize the larger patterns. “Giving people information about things going up and down within that range is just confusing and demotivating, and it’s not helping [them] understand the relationship between cause and effect,” Ariely explained. “A lot of the ‘quantified self’ is basically designed for computer algorithms, not for people.”

Make the information actionable — as seamlessly and realistically as possible

The first step is to make sure all data is accompanied by real, actionable advice. Sure, you may have slept poorly the past week—but what should you be doing about it? It’s important to think realistically about what people are capability of in terms of changing their habits. Inundating people with a bevy of “sleep hacks” may be just as overwhelming as the raw data. Perhaps it can provide one tangible piece of advice that is based on real-life data, giving the user enough time to integrate it into their daily lifestyle. Or, better yet, maybe it’s time to simply take the thinking out of it—by using the data collected to power “smart” products that automatically adjust to each person’s unique needs.

When it comes to technological innovation, there’s no reason for the sleep industry to limit itself. Sleep data can be a hugely important piece of research and development—and there are still huge opportunities for bringing sensing technology to the consumer market. But if our ultimate goal is to help people sleep better, both manufacturers and retailers alike owe it to their customers to think critically about how technology is helping or hurting.

This article originally appeared in Sleep Retailer eNews on June 13, 2019.

How To Help Your Customers Protect Their Homes From Bed Bugs