“Acknowledgement from the Women’s Business Enterprise National Council truly means the world to Michelle and me,” said SHEEX Co-Founder and CEO, Susan Walvius. “When we created the performance bedding category and founded SHEEX almost a decade ago, our goal was to reinforce just how vital a restful night’s sleep is to a person’s overall performance. SHEEX continues to spur innovation in the category and we are thrilled to be a part of the WBENC community of passionate, women-owned businesses.”

WBENC’s national standard of certification implemented by the Women’s Business Enterprise Council PA-DE-sNJ is a meticulous process including an in-depth review of the business and site inspection. The certification process is designed to confirm the business is at least 51% owned, operated and controlled by a woman or women. By including women-owned businesses among their suppliers, corporations and government agencies demonstrate their commitment to fostering diversity and the continued development of their supplier diversity programs.

About SHEEX: SHEEX represents an entirely new category in functional bedding and sleepwear focused on the science of sleep and recovery. SHEEX addresses a need for innovative, next-generation products that provide solutions for a more comfortable sleep environment through breathable, moisture-wicking technical fabrics.

About WBENC: Founded in 1997, WBENC is the nation’s leader in women’s business development and the leading third-party certifier of businesses owned and operated by women, with more than 13,000 certified Women’s Business Enterprises, 14 national Regional Partner Organizations, and over 300 Corporate Members. More than 1,000 corporations representing America’s most prestigious brands as well as many states, cities, and other entities accept WBENC Certification. 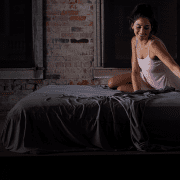 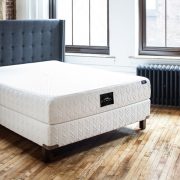