Serta Simmons Bedding, LLC (SSB), one of North America’s largest sleep companies, recently announced that Shelley Huff, Chief Operating Officer of SSB and Chief Executive Officer of Tuft & Needle, has been named Chief Executive Officer of SSB, effective Dec. 1, 2021. Huff succeeds David Swift, who will retire from his post after serving as Chairman of the Board of Directors of Dawn Holdings, Inc., SSB’s parent company, since 2013 and as Chairman and CEO since 2019. Huff will also join the Board of Directors of Dawn Holdings, Inc. on Dec. 1.

“When I stepped into the CEO role two and a half years ago, I had a clear objective – to set the foundation for the company’s transformation from a heritage mattress business into a digital-first, consumer-centric sleep company,” said Swift. “One key focus was on ensuring we had the right people in place to drive the business forward and, from day one, Shelley has been a critical addition to the team. Her outstanding track record and deep expertise in omnichannel retail, as well as her consumer-centric and team-first approach, is unmatched. She is uniquely qualified to lead Serta Simmons Bedding into the future.” 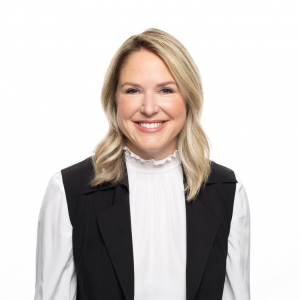 “It is a privilege to have the opportunity to lead the Serta Simmons Bedding team into the next phase of our company’s transformation,” said Huff. “Dave has put in place the critical building blocks to set the company up for growth. With this foundation, in addition to our unwavering commitment to quality craftsmanship and innovation, portfolio of power brands, top retail and supplier partners, and most importantly, incredible talent across the organization, we are well-positioned to become the trusted authority on sleep.”

David Porter Appointed Non-Executive Chairman Of The Board

In conjunction with Huff assuming the role of CEO, the company has appointed David Porter as non-executive Chairman of the Board. Porter is a retail executive with more than 30 years of leadership experience at companies including Walmart, DreamWorks Animation and Microsoft, where he currently serves as Corporate Vice President responsible for the company’s direct-to-consumer global retail business.

“It is an honor to join the Dawn Holdings Board at this dynamic time in the industry, as consumers increasingly prioritize sleep and wellness,” said Porter. “I look forward to partnering with Shelley, her leadership team and the existing board as the addressable market grows and consumer expectations evolve in the sleep industry.”

Serta Simmons Bedding, LLC is one of the largest manufacturers, marketers, and suppliers of mattresses in North America. Based in Atlanta, SSB owns and manages two of the best-selling bedding brands in the mattress industry: Serta®, which has five other independent licensees, and Beautyrest®. The brands are distributed through national, hospitality, and regional and independent retail channels throughout North America. SSB also owns the Simmons® brand and Tuft & Needle® direct-to-consumer mattress brand. SSB operates 27 plants in the U.S. and Canada.