Giorgi Bros., the San Francisco-based independent traditional furniture retailer, has credited the Aperture Platform by Outward, Inc. for improving its ability to sell more products online. Since adopting the Aperture Platform, Giorgi Bros. has added more SKUs to its website to offer consumers a wider selection and help drive more traffic to the store.

Giorgi Bros. is a third-generation, family-owned business that specializes in middle- to high-end custom furniture. It opened its store in 1933 and today bills itself as one of the largest, single-store, independent retailers in Northern California. With a 50,000-square-foot showroom on the corner of Baden Avenue, the company carries more than 200 different lines of furniture from major manufacturers like Taylor King, Hancock and Moore and Simply Amish.

Because Giorgi Bros. relies on the images it receives, the company’s website only features 60 of the 200 lines it carries. Having access to the Aperture Platform allows the company to showcase more items it wouldn’t have normally been able to feature, with a quick turnaround time and without the hassle or high price of traditional photography methods.

“All of the items that we sell aren’t currently on the website, but this gives us an opportunity to feature some of those items,” said Alisa Giorgi, owner of Giorgi Bros. “We want to show exactly what we have on the floor and Aperture is really helpful with that. This gives us a platform to have a little bit more control about what we put up on the website.”

With a relatively small staff, Giorgi said she would need to employ additional people to help get all of her offerings up onto the website, which isn’t cost effective. “This is a much more cost-effective way,” she said. “It’s a much easier way than trying to work with a bunch of strange photography or having to search for it on company websites, brochures and whatnot.”

Giorgi has enlisted the help of two of her employees to assist with the Aperture Platform but has also experimented with it herself, and said it’s relatively easy to operate.

“For independent retailers like Giorgi Bros., the Aperture Platform is incredibly beneficial given its visual capabilities, ease of use and affordability,” said Gaurav Sethi, co-founder of Outward, Inc. “There is no other photography platform on the market that combines software and hardware like this to create an on-demand product photography solution.”

Outward, Inc. is a visual transformation and technology company. Since 2012, the company has been reinventing the way product photography is created, presented and consumed. Inspired by its deep experience working with home furnishings lifestyle retailers and manufacturers, Outward has developed a fully automated photography solution, the Aperture Platform, which makes it easy to produce and publish high-impact product photography for a variety of visual merchandising uses. After completing an initial training session, manufacturers and retailers of all sizes and skill levels can produce a large volume of product images at the push of a button and publish them in any format — from e-commerce to traditional media. Outward is an independent Williams-Sonoma company. 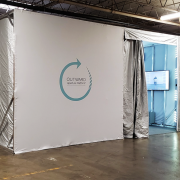 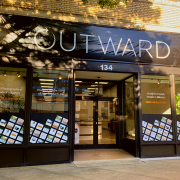 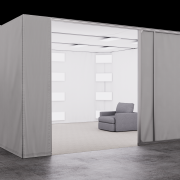