In his new post, Brown will be responsible for internal systems and projects involving information technology, logistics and communications. He reports to Robinson.

Before assuming his current position, Brown spent 12 years in a number of Spring Air posts. Most recently he was national sales manager for the Nature’s Rest brand, now owned by Spring Air CEO Ed Bates, from 2010 to 2011. Before that he was a part-owner and president of the former Spring Air-Ohio licensee, based in Columbus.

Brown also worked as vice president of internal operations for Consolidated Bedding—the owner of the former Spring Air Company—from 2006 to 2009 and for Spring Air-Florida from 2000 to 2005.

Prior to his years with Spring Air, Brown spent 28 years in the bedding division of Bassett Furniture, based in Lake Wales, FL. Over that time he held various bedding sales and management posts, including his last-held position as executive vice president.

“We’re very pleased to announce Mike’s appointment to Spring Air International,” commented Robinson. “His long career in the mattress industry and his years of experience in virtually every aspect of the business will be a major benefit to our company today.”

About Spring Air International: Spring Air has 13 North American facilities and operates in 33 countries across the globe. The company helps retailers drive business while leveraging the reputation for trust and integrity inspired by its 86-year-old brand. 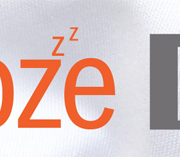