The intent of SB 254 is to create a used mattress recycling program that will keep old mattresses out of landfills, off highways, and out of vacant lots and alleys. Per the authors of the legislation, Senator Loni Hancock representing Berkeley and Senator Lou Correa representing Santa Ana, this type of legislation creates a win-win situation by furthering California’s overall recycling goals.

Specifically, SB 254 creates a used mattress recycling program that will have a dedicated funding mechanism, reduce the impact of illegally dumped mattresses, harness existing infrastructure for transporting used mattresses to recyclers, create jobs, and minimize costs to both government and consumers.

International Sleep Products Association President, Ryan Trainer stated, “We are very pleased with the progress SB 254 is making. All stakeholders continue to work together to help refine this legislation into a used mattress recycling policy that will benefit consumers, retailers, manufacturers, and the environment. We give a lot of credit to the authors of SB 254 along with our co-sponsors and coalition supporters; compromises have been made by all in order to move SB 254 forward.”

SB 254 enjoys a broad range of support from industry, retailers, cities and counties, local elected officials, and waste management organizations. It creates a non-profit mattress recycling organization whose duty would be to plan, implement and administer a state system to collect discarded used mattresses, dismantle them and recycle their materials for use in new products. The program will be sustained by collecting a nominal fee at retail on the sale of new mattresses and box-springs. The fee collected does not go into government coffers; rather, it is remitted directly to the NGO responsible for sustaining the mattress- recycling program.

Shelly Sullivan, representing Californians for Mattress Recycling, stated, “SB 254 is a fantastic illustration as to what is possible. It strikes a carefully considered balance that will increase used mattress recycling, reduce urban blight from illegally dumped mattresses, and cut local and municipal government costs, while at the same time financing the process in a sustainable and equitable manner.” 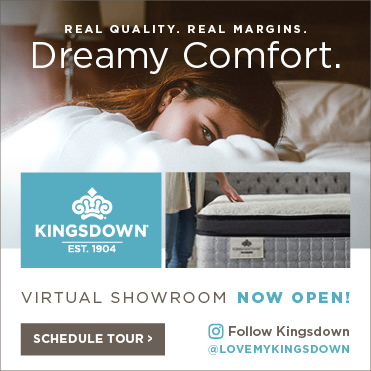