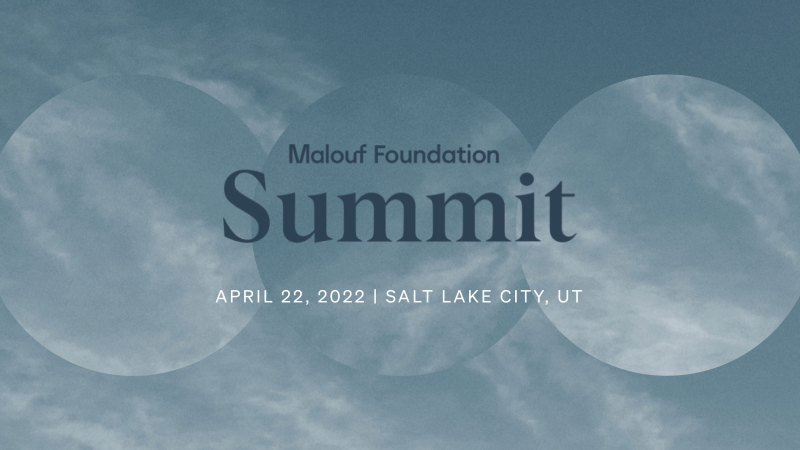 Summit aims to inform individuals passionate about and willing to get involved in the fight against child sexual exploitation.

On April 22, 2022, the Malouf Foundation will host its second-annual education summit in Salt Lake City. The Malouf Foundation Summit is an invite-only event designed to inform individuals passionate about and willing to get involved in the fight against child sexual exploitation. The Summit consists of influential panelists discussing the prevalence of sexual exploitation and the importance of making a difference. The livestream will be available to the public from 9 a.m. to 4 p.m. MST at malouffoundation.org/summit.

“Last year’s Summit was a huge success, and this next event will be just as impactful,” said Kacie Malouf, board chair of the Malouf Foundation. “We hope to see our industry partners tune into the livestream. They’ve been long-time supporters of the Foundation and this cause, and the Summit is a perfect opportunity to learn new ways to give back to their organizations, communities and families.”

One of the first panels of the day will include survivor leaders Tanya Gould, director at Virginia Office of Attorney General; Suzie Skirvin, Malouf Foundation advisory board member; and Kara Robinson Chamberlain, activist and author. Each panelist will share their lived experiences and pathways to healing, as well as how support services can be enhanced to help more survivors of sexual violence. The panel will be moderated by Ashley Flowers, founder of Audiochuck and host of Crime Junkie.

Julie Whitehead, Board Member And Survivor, To Share Her Story

Malouf Foundation advisory board member and survivor leader Julie Whitehead will also share her story at the Summit. She will introduce the event’s business panel and will educate company leaders on their important role in the fight against sexual exploitation and trafficking. Whitehead participated on a survivor panel at last year’s Summit at Malouf headquarters in Logan, Utah.

Whitehead shared, “As this year’s Summit approaches, I’m looking forward to hearing from so many supporters of anti-trafficking and anti-exploitation. Last year, I was overwhelmed by the care and concern that so many individuals showed from different perspectives. As a survivor, I felt truly seen and heard (something I struggled with during my ordeal), and I was flooded with support and compassion. I’m honored to be part of such an important and influential event and thankful for the inclusion of survivors—the impact wouldn’t be as great without them.”

Event Will Feature A Business Panel

During the business panel, leaders will highlight their organization’s philanthropic efforts and how others can influence the causes they care about. Members of the panel include Scott Anderson, chief executive officer at Zions Bank; Kelly Gage, director of advancement at Nomi Network; and Erika George, director of Tanner Humanities Center at University of Utah.

The afternoon session of the Summit will start with leaders of the National Center for Missing and Exploited Children (NCMEC). Michelle DeLaune, president and CEO, and Lauren Coffren, director of the Exploited Children Division, will discuss the realities, revictimization and response in child sexual abuse material (CSAM), or child pornography.

“The COVID-19 pandemic deeply affected every aspect of life across the globe including how much time everyone spent online. Last year, in 2021, the National Center for Missing & Exploited Children saw a 35 percent increase in the number of CyberTipline reports related to suspected child sexual exploitation—that amounts to around 80,000 reports every day,” said Michelle DeLaune. “The number is staggering and almost too big to comprehend, but it’s important to talk about. Online enticement and online grooming are on the rise and we at NCMEC believe that action and education are vital components to combating this horrific crime.”

DeLaune and Coffren will be joined by Team HOPE Member Nicole (last name omitted for privacy reasons). Team HOPE is a group of peer-support volunteers who have lived experience with missing and exploited children’s issues. Nicole is the mother of a survivor of CSAM and will speak to the realities of that experience, sharing her unique perspective as a caregiver and as a support to others with similar lived experiences.

Final Panel To Focus On Connecting With Elected Officials

The final panel will focus on connecting with elected officials. Panelists Blake Moore, United States congressman of Utah’s First District; Angela Romero, Utah House representative for the 26th District; and Ron Welch, Muskingum County prosecuting attorney will discuss how individuals can get involved with elected officials at every level to support survivors of abuse through policy and legislation. Ambassador Robert O’Brien, former national security advisor, will introduce the panel.

“Our hope is that people will leave the Summit feeling empowered to make a difference, whatever that might look like for them,” said Sam Malouf, Malouf Foundation president.  “The biggest impact happens when we our combine efforts.”

Click here to register for the Summit livestream. Visit malouffoundation.org.

About The Malouf Foundation

Formalized in 2016 and operating out of Logan, Utah, the Malouf Foundation™ is a registered 501(c)3 nonprofit dedicated to confronting child sexual exploitation, specifically sex trafficking and online abuse. The Foundation fulfills their mission by providing education through OnWatch™ and Smart Defense; promoting healing through the Juniper Scholarship™, Rooms Restored™, and restorative care centers; and advocating for survivors through Heroes Landing™ and the “We Believe You” campaign. In January 2022, the Elizabeth Smart Foundation officially became a part of the Malouf Foundation™ to broaden the impact of both organizations. Supported by the network of Malouf Companies™, the Malouf Foundation™ gives 100 percent of its resources on behalf of the people it serves. 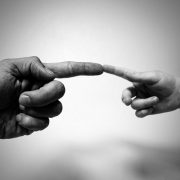 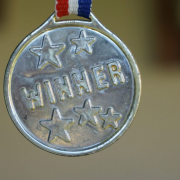 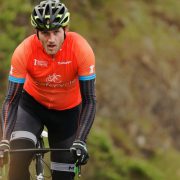