“At the Malouf Foundation, we want to join forces with organizations that have a common objective,” said Jake Neeley, executive director for the Malouf Foundation. “We’re impressed with It’s a Penalty and their commitment to end human trafficking and exploitation, and together, we can make a bigger difference.”

For the past three years, It’s a Penalty has launched a Super Bowl campaign with its founding partner, A21, and alongside its supporting partners, like the American Hotel and Lodging Association, Hope for Freedom, N2GIVES, Uber, and now, the Malouf Foundation.

“We’re delighted that Malouf Foundation has joined It’s a Penalty for our Super Bowl campaign and beyond,” said It’s a Penalty CEO Sarah de Carvalho. “We believe this partnership will allow us to educate more people on human trafficking as well as help those caught in this tragic cycle.”

Following this year’s campaign, the Malouf Foundation and It’s a Penalty will collaborate on a variety of projects—from creative content to marketing materials to campaign delivery—to maintain a high level of impact.

The Malouf Foundation works with a number of organizations to fight child sexual exploitation and trafficking, including It’s a Penalty, Forever Young Foundation, Operation Underground Railroad and The Demand Project.

About Malouf Foundation: Founded in 2016 and based out of Logan, Utah, Malouf Foundation is a registered nonprofit 501(c)3 organization dedicated to bringing comfort to community members by helping them fulfill basic needs during difficult times. The Foundation works closely with local charities to provide comfort and care for abuse victims as well as support children and families in need. The Foundation’s banner cause is to fight child sexual exploitation and trafficking. Through key partners and its parent company, Malouf™, the Foundation gives 100 percent of its resources to the people it serves.

About It’s a Penalty: Since 2014, It’s a Penalty has been working to disrupt the fastest-growing and second-largest criminal industry in the world: human trafficking and exploitation. It’s a Penalty’s awareness-raising campaigns during major sporting events harness the power of sport to prevent trafficking and exploitation on a global scale. They provide people with the tools to protect those who have been exploited or trafficked and strive to prevent people from becoming victims of exploitation and trafficking in the first place. Working with a variety of partners to maximize their impact, It’s a Penalty has launched eight successful campaigns during major sporting events, such as the Olympics, the Super Bowl and the Commonwealth Games. An average of 155 million people are reached per campaign. In total, together with its partners, It’s a Penalty has helped facilitate the protection of 16,865 victims of exploitation. 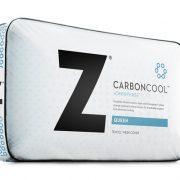 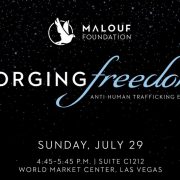 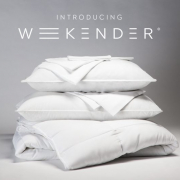