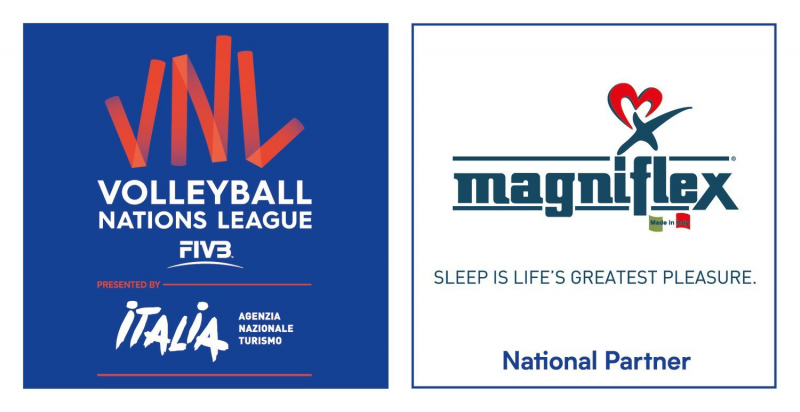 Magniflex recently announced its National Partnership with the Volleyball Nations League; this competition was held for 348 days in Rimini where 16 of the world’s best national women’s and men’s volleyball teams competed against each other in 248 matches. After a month of competing, the victors of the tournament were the U.S. Women’s team and the Brazilian Men’s team. It was a month filled with strong volleyball wins. Magniflex acknowledges the importance of quality rest and a healthy lifestyle and continues to promote a culture of good rest all over the world.

Magniflex promotes health, sport and sleep with its partnerships

Throughout the brand’s history, Magniflex has supported the idea of a healthy lifestyle by partnering with various sports teams and lifestyle brands. Back in the ’80s, the company was the sponsor of “Giro d’Italia” also known as “The tour of Italy“. This was an annual multiple-stage bicycle race primarily held in Italy while starting in and passing through other countries as well. Even today the passion for sports guides the company in its commitment to promote a culture of good sleep. In fact, over the years, Magniflex has supported various players of the Italian National Rugby team.

Magniflex had the honor to invite all the team members to give testimonials of the quality that the company ensures in its products. Eventually, in 2016, this philosophy led to the brand’s spokesperson Gianluigi Buffon, the legend of Italian and international sports, as the new face of Magniflex. The company has continued this partnership with the VNL today. The concept of “#OneMillimeterMore” is the synthesis that defines the common territory between product performance and the desires of the athletes. Each practitioner trains to achieve a small improvement in their discipline. The line, Magnistretch, offers them the opportunity to decompress their back, stretching it enough to reach that daily goal.

Magniflex strives to create  collections that allow consumers to stretch their bodies and recharge their minds. The brand also offers the Magnistretch sport line which is the newest addition to the collection. The Magnistretch sport is especially suitable for athletes and active people because it benefits the spine with its enhanced stretching technology.

Magniflex was founded in Florence, Italy nearly 60 years ago. And today there are more than 35 million people in 99 countries sleeping on Magniflex mattresses. This brand is known to be the world’s leader in quality, comfort, and innovation. Magniflex’s central manufacturing facility produces up to 10,000 mattresses a day and focuses on the benefit of ecology and health. 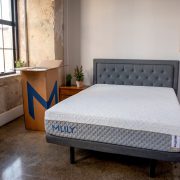 Ecommerce Programs To Implement Right Away