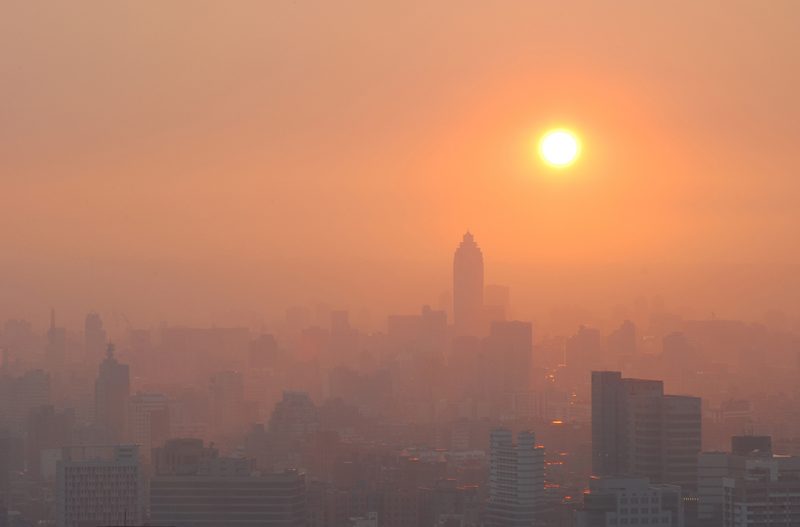 The mattress industry has seen its shares of ups and downs this past year. While the demand for sleep products has been high, manufacturers and retailers have had to navigate plenty of challenges and uncertainties. Everyone has had to become more flexible than ever, adjusting to supply chain disruptions and transportation delays. And while many of these new difficulties can be attributed to the pandemic, we shouldn’t underestimate how much extreme weather has also been contributing to this problem. More than just a far-off hypothetical, the impacts of climate change are already causing real issues for the mattress industry—from material shortages and higher component costs to logistics, inventory and delivery disruptions.

According to NASA, climate change refers to a “long-term change in the average weather patterns that have come to define Earth’s local, regional and global climates.” These changes are driven by both natural processes (like cyclical ocean patterns and variations in the Earth’s orbit), as well as human activities like fossil fuel burning (which increases heat-trapping greenhouse gas levels in our atmosphere, raising the Earth’s average surface temperature). In addition to rising sea levels and melting ice caps, climate change has been shown to increase both the frequency and severity in extreme weather such as hurricanes, heatwaves, wildfires, droughts, floods and precipitation.

More than just making us nostalgic about the weather patterns of our youth, the weather crises and shifting agricultural landscapes are also disrupting our normal farming forecasts. For example, latex foam is made from sap of the rubber tree, which are grown primarily in the rain forests of East Asia and South America. Changes in weather patterns have a direct impact on both the crop yield and the ability to cultivate it properly and efficiently—with some studies showing that the productivity of the rubber tree crop decreases as the atmospheric temperature increases. Which is why a heatwave in Indonesia can mean that layer of latex in your mattress in America costs way more than it used to.

In fact, according to new research by CDP, environmental risks may cost companies up to $120 billion over the next five years—with the manufacturing industry expected to shoulder $64 billion alone.

Because even if the materials themselves are stable, extreme weather can also directly impact companies’ abilities to harvest, process and distribute those materials—as well as manufacturers ability to store and ship the finished products.

We saw this closer to home recently, as the state of Texas endured a bout of winter weather more extreme than it had ever seen before. Between the snow accumulation, electrical outages and bursting water pipes, much of the state was forced to shut down—even bringing trucks and freight trains to a standstill. “The 35 corridor is a major artery in supplying the nation,” Mason Odom, president of Premier Produce told Fox4News. “[The big rigs] are literally just sitting in the Texas valley waiting for the roads to clear out.” As a result, numerous warehouses and factories that had equipment damaged had to wait idly by for replacement products to arrive.

This same winter storm had lingering effects across much of the middle and southern parts of the US. Both the storm warnings and power outages impacted operations at companies like Walmart, Amazon and Walgreens—sorting hubs for UPS and FedEx in places like Dallas, Louisville and Memphis cited the weather as cause for delays. It’s not just the extreme weather itself that causes the problems; it’s what is does to our existing power grids. With many logistics networks reliant on electricity that comes from overhead transmission wires, they are at risk for future problems—as things like wind, hurricanes and heavy precipitation can all damage those grids.

The effects of climate change are not just an occasional hiccup, they have a clear impact on companies’ ability to forecast for the future, thanks to volatile pricing changes and unpredictable logistics disruptions. These problems eventually get passed along to the consumer too, either in the form of higher prices or unreliable service.

While climate change is bigger than any one person or company, it’s important to recognize how it impacts our planet, our industry and even our day-to-day existence. For some, the very concept of sustainability has been mischaracterized as a threat to business success: costly hurdles that slow down production. But the tides on that sort of thinking are turning. In a recent earnings call, Unilever announced that its sustainability efforts have actually saved the company money in the long-term. CEO Alan Jope acknowledged that despite the up-front costs of transitioning to green electricity and more sustainable sourcing and agriculture, the long-term savings have far outweighed that initial investment.

Because the truth of the matter is that the effects climate change are already a burden that everyone must shoulder. By shifting our understanding of this crisis, we can start to work together to build new practices that will help make for a more stable future.