After nearly 18 years in its suburban Chicago community, bedding producer King Koil will relocate its corporate offices to its state-of-the-art manufacturing facility in greater Phoenix by the end of the year. The move will bring corporate executives closer to the daily operations of its plant, customers, and research and development team.

“This is an exciting time for our company as we experience strong growth and marketplace reception for all the changes we have made in the company over the past two years. The senior management team believes that our ability to be based at the epicenter of our manufacturing home will be of great benefit to our customers, employees and shareholders,” said King Koil CEO David Binke. “The energy in Avondale is palpable and contagious as our team builds the King Koil brand and is something all of our people want to be closer to. It will be great having everything under one roof after this move.”

King Koil came to Chicago 18 years ago from Minneapolis. It opened its 90,000-square-foot Avondale, Arizona, facility in May of 2018. Since that time, newly hired executives have chosen to work from the plant, and its 27,000-square-foot Willowbrook headquarters team had transitioned from 24 to six employees. Of the remaining employees in Illinois, most will relocate to Arizona.

In addition to manufacturing, the new facility houses offices for management and customer service, as well as a sophisticated audio-visual conference room that connects King Koil’s offices around the country for meetings. A 2,500-square-foot showroom is also located in the facility and provides presentation space for the company’s national product lines.

Several years ago, King Koil announced plans to shift its domestic business model from a licensing structure to a direct-to-retail manufacturing strategy. As part of the change, the company formed a strategic partnership with long-time licensee Blue Bell Mattress that will continue to service King Koil retail partners in the East and Midwest with the company’s product.

About King Koil: A leading global mattress manufacturer, King Koil supports more than 30 licensees in more than 90 countries where King Koil mattresses are manufactured and sold. Headquartered in the Chicago suburb of Willowbrook, Illinois, with a manufacturing facility in Avondale, Arizona, the company has a long, rich history that reaches back to 1898 when Samuel Bronstein founded United States Bedding in St. Paul, Minnesota. What started out as six employees in a small factory has continued to grow. During the 1930s, U.S. Bedding improved the bedspring and was looking for a new name for its product. From there, the King Koil name was born. 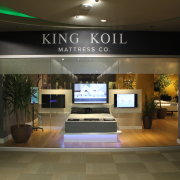 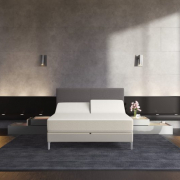 The Science Of The Smart Bed 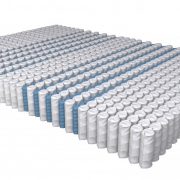