King Koil has taken the next step in building out its domestic manufacturing platform with the announcement of a new 90,000-square-foot factory located in the Phoenix suburb of Avondale, Ariz. It is expected to start operations in April to serve King Koil’s Western retail partners. The company plans initially to employ 50 people at the site, which will service retail partners in Arizona, Alaska, California, Colorado, Hawaii, Idaho, Montana, Nevada, Oregon, Utah, Washington and Wyoming.

“Our new King Koil factory is a key component of our new direct-to-retail manufacturing strategy,” said David Binke, chief executive officer of King Koil. “Designed and outfitted with the latest machinery in the bedding industry, the Arizona factory will enhance our efficiency as we continue to implement our new platform. By controlling our own manufacturing base, we’ll be able to be respond faster to our retail partners’ needs with a keen focus on helping them improve their margins on King Koil bedding sales.”

In addition to the manufacturing footprint, the factory will include offices for plant management and customer service teams, as well as a sophisticated audio-visual conference room to conduct business. A 2,500-square-foot showroom located within the facility will allow King Koil to showcase the entire national product lineup to its retail partners.

King Koil announced earlier this year its plans to shift its domestic business model from a licensing structure to a direct-to-retail manufacturing strategy. As part of the change, the company formed a strategic partnership with long-time licensee Blue Bell Mattress that will continue to service King Koil retail partners in the East and Midwest with the company’s product. 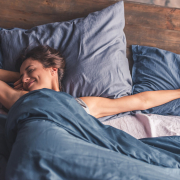