Looking to capitalize on its worldwide reputation as a leading mattress brand, King Koil is rolling out a rebranding initiative to give the company and its vast licensing network a consistent marketing presence. The rebranding includes a new black and gold logo featuring a swoosh reminiscent of the spine, and subtly highlights the company’s commitment to proper support for restorative and healthier sleep.

Along with the new logo, set to be consistent throughout all of the company’s licensees and marketing material by the end of the year, the company completed its annual international marketing summit in January and has a North, Central and South American summit planned for June. As part of its rebranding, King Koil is also bringing back its iconic “King Koil Man” mascot representing the company’s supportive innersprings to actively engage with consumers through social media channels. A designated showcase for international designs was opened at its Las Vegas World Market Center showroom in January.

“As we look to harness the strength of a global brand, consistency is key,” said Owen Shoemaker, president and COO of King Koil. “Our message will become centered on ‘comfortable beds loved around the world’… because that is where we excel. As one of the leading global brands in this industry, maintaining a consistent brand presence is key to building brand awareness and trust among consumers. Now, with one consistent logo and message to be used by our licensees and retail partners across the world, we’ll increase our brand recognition, and build on our stellar reputation with consumers.”

The rebranding move builds on King Koil’s global presence and pushes the message both online and in stores through a myriad of point-of-purchase signage. King Koil’s core mattress line, including the World Luxury, World Edition and World Extended Life collections, have all been designed to deliver on the company’s quality promise.

“By pulling together and utilizing one cohesive message,” said Ken Swinarski, vice president of creative marketing for King Koil, “the King Koil family will be a stronger player in all of our markets throughout the world.” 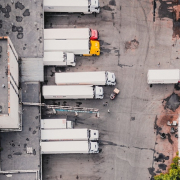