Bedding producer King Koil has expanded its senior sales leadership team with the addition of bedding industry veterans Bill Visser and Douglass Kinde. With tremendous backgrounds working with major brands like Simmons, La-Z-Boy, Boyd Sleep and E.S. Kluft, both new additions offer the company the ability to better serve its retail partners. Visser has been named vice president of sales for the Southwest, and Kinde is the new regional sales manager in the Midwest.

“As we continue to expand our reach with additional retailers, we wanted to strengthen our senior sales leadership to address our partners’ needs across the country,” said David Binke, chief executive officer of King Koil. “Both Bill and Doug have extraordinary relationships and knowledge throughout the sleep retail community, and having them on our team is just one more ace in the hole as we continue to expand our network of retail partners. Our new sales leadership structure brings nearly a century of management and relationships that will benefit retailers and the broader King Koil family.”

As regional sales manager for the Midwest, Kinde will use his more than 37 years of home furnishings experience to manage the company’s sales in Iowa, Kansas, Nebraska and Minnesota. Like Visser, Kinde joins King Koil from E.S. Kluft, where he was vice president of national accounts. Prior to that role, he was president and founder of Sleep One, Inc. and regional vice president of sales for La-Z-Boy Residential, both in Kansas City, Kansas.  Kinde also worked for Simmons Co. for nearly two decades, starting as a sales representative and eventually becoming vice president of sales. Kinde holds a bachelor’s degree in business administration from the University of Arizona and currently lives in Overland Park, Kansas, with his wife, Karen.

In other moves, Marty Melcher, who joined the company in January as regional vice president of sales will oversee sales in the Pacific Northwest region including Oregon, Washington, Alaska, New Mexico, North Dakota, South Dakota and Wyoming. Michael Vidoli, who has been with the company since 2013, will now oversee sales in Texas, Louisiana and Arkansas.

About King Koil: A leading global mattress manufacturer, King Koil supports more than 30 licensees in more than 90 countries where King Koil mattresses are manufactured and sold. Headquartered in the Phoenix suburb of Avondale, Arizona, where it operates a 90,000-square-foot, state-of-the-art manufacturing facility, the company has a long, rich history that reaches back to 1898 when Samuel Bronstein founded United States Bedding in St. Paul, Minnesota. What started out as six employees in a small factory has continued to grow. During the 1930s, U.S. Bedding improved the bedspring and was looking for a new name for its product. From there, the King Koil name was born. 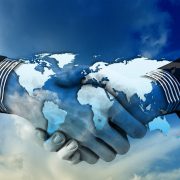 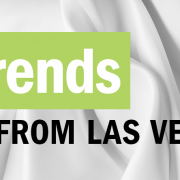