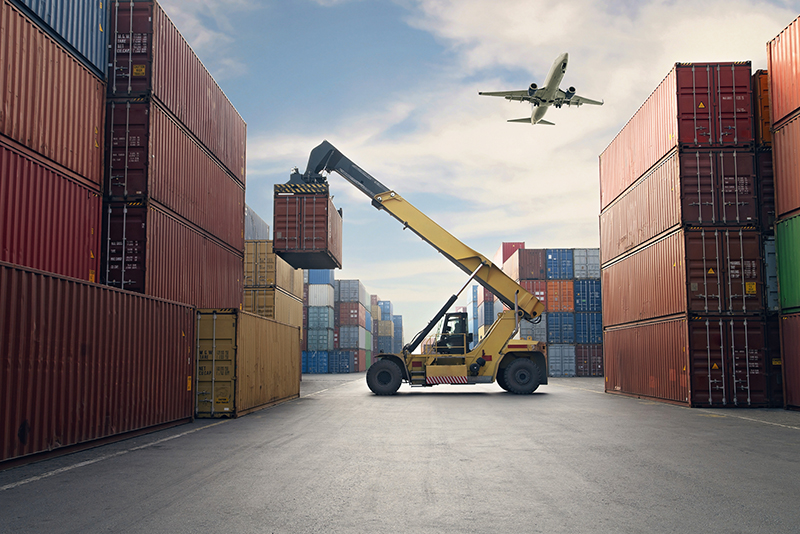 A new class action lawsuit is bringing into focus some of the key challenges facing the bedding retail industry right now. According to the details of the case, Sleep Number is accused of misleading investors about its preparedness in the face of supply chain disruption—and subsequently causing financial damages for investors when it was not able to meet sales estimates. While the ramifications of this particular legal battle remain to be seen, the details of the case illuminate how difficult the landscape is for bedding manufacturers and retailers right now—and point to key assets that will help them navigate the year ahead.

According to the securities fraud class action lawsuit, Sleep Number “repeatedly touted its ‘vertical integration’ strategy as a key competitive advantage that enabled Sleep Number to manage its inventory and meet customer demand on a timely and profitable basis.” At a time when much of the industry was still reeling from the peaks of supply chain disruption, these claims clearly differentiated Sleep Number from many of its competitors—and, the suit alleges, justified the public company’s high stock prices.

The lawsuit goes on to allege that Sleep Number made misleading statements about or failed to disclose that it had suffered “severe disruption in its supply chain for foam as a result of Winter Storm Uri” and “did not have in place the supply chain flexibility, redundancies and fail-safes” to offset said disruptions. Because foam is essential to the production of its core products, this meant that Sleep Number was unable to meet the surging consumer demand and was “forced to delay mattress shipments to end consumers, pushing millions of dollars’ worth of sales into subsequent quarters.”

This lawsuit is focused squarely on the financial damages allegedly inflicted upon Sleep Number investors. By supposedly misleading them, the company’s stock prices remained high—until it was forced to disclose that it had missed consensus sales estimates for Q1 and Q2 of 2021, resulting in the stock price falling.

While the financial situation of Sleep Number’s investors is of little importance to the wider bedding retail industry, the break-down of the allegations highlights a number of issues that are affecting manufacturers and retailers alike.

Not only does this lawsuit underscore how essential it is to be prepared for supply chain disruptions and delays—it also emphasizes just how important it is to be transparent about how you are addressing these problems. The problem at the core of this dispute is not that Sleep Number was not able to fulfill expectations, but that it had allegedly misled investors about its ability to meet the demand. With experts predicting that the supply chain will continue to be a bumpy road through 2022, being upfront about strategies and projections will be vital to ongoing success.

This is just as true for the relationship between manufacturers and investors as it is for manufacturers and retailers. For a lot of companies, retailers are really the boots on the ground. It’s the sales associates that are interfacing with consumers directly; and they are the ones who will likely face the brunt of a customer’s ire if something goes wrong.

And while consumers may not be able to sue a retailer or manufacturer for financial damages, a negative experience can drive them to share bad reviews—both online and through word-of-mouth—which have a direct impact on business. When a manufacturer is transparent about their strategies, solutions and expectations, the retailer can be proactive about managing consumer expectations when it comes to pricing and fulfillment—which leads to an overall better shopping experience.

Flexibility In The Face Of Climate Change Effects

As we’ve written about previously, climate change has been shown to increase the frequency and severity in extreme weather such as hurricanes, heatwaves, wildfires, droughts, floods and precipitation—all factors the industry has long had to contend with. Changes in weather patterns have a direct impact on the crop yield for materials like latex and cotton, as well as farmers’ ability to cultivate those materials properly and efficiently. And even if the materials themselves are stable, extreme weather can also directly impact companies‘ abilities to harvest, process and distribute those materials—as well as manufacturers’ ability to store and ship the finished products.

In fact, according to research by CDP, environmental risks may cost companies up to $120 billion over the next five years—with the manufacturing industry expected to shoulder $64 billion alone.

While manufacturers may only get a few days or weeks warning on a potential extreme storm rolling through, they can plan for a future where such storms are inevitable. It’s no longer a question of “if” this extreme weather will happen, but “when.” And that means companies cannot afford to be reactionary in the face of such occurrences—they need to have the proper contingency plans set up in advance.

Above all, the Sleep Number lawsuit highlights just how important it is for manufacturers to have the supply chain flexibility, redundancies and fail-safes in place to avoid such disruptions in the future.

Pandemic-Era Disruption Will Be Ongoing

Higher production and shipping costs, as well as delivery delays and overall inflation due to the pandemic are expected to continue. Overcoming these issues may require a significant overhaul of business as usual, but simply understanding all the factors at play is beneficial for any retailer trying to plan for the long term.

Due to a confluence of factors, the ocean carrier alliances have amassed an incredible amount of pricing power over the years—allowing them to raise shipping rates to previously unbelievable levels with little recourse, simply because customers have scant alternatives. At the peak of the pandemic, the cost of shipping a 40-foot container from China to the United States topped $20,000—a far cry from the $2,000 price tag they previously held. That cost has since dropped, but is still averaging around $14,000 as of January of this year.

While some larger customers have the power to negotiate better terms, others have just shouldered the added expenses. And according to Lauren Etter and Brendan Murray at Bloomberg, “longer-term rates set in contracts between carriers and shippers are running an estimated 200% higher than a year ago, signaling elevated prices for the foreseeable future.”

Congestion at the ports is likely to continue to cause problems as well. Many of the busiest ports in the US remain backed up, due in part to on-land logistical issues. Structural problems like aging infrastructure, outdated technology and limited warehousing capacity have made it difficult for companies to tackle the increased demand—and limited numbers of workers and truck drivers have slowed their ability to chip away at the backed up queues.

This has resulted in ships left to float offshore for days and weeks at a time. Over the last three months, container ships have stayed at American ports for seven days on average—21% longer than at the start of the pandemic, according to FourKites, a supply chain consultancy company. This has created bottlenecks that ripple throughout the entire supply chain, resulting in fulfillment delays and price increases.

Increased Cost Of Production + The Impact Of Inflation

The Labor Department reported this week that wholesale prices rose 1% in January—and 9.7% over the last 12 months. This increase was twice as big as expectations. The so-called “Core Producer Price Index,” which measures wholesale pricing for everything outside of food, energy and trade services, rose by 0.9% in January and 6.9% annually. In particular, prices for machine and vehicle wholesaling as well as freight trucking all increased.

These higher costs often get passed along to consumers. Last week, the government reported that consumer prices had increased by 7.5% annually. According to research from the Richmond Federal Reserve, four out of five companies surveyed said they increased prices to cover “at least some” of their heavier production costs. (Though some experts, like market analyst Edward Yardeni, believe that companies have risen their prices beyond what was necessary to offset costs—which explains how corporate profit margins have skyrocketed despite growing costs.)

While it is expected that container costs and congestion may move closer towards normal by the second half of this year, the impact of these factors may continue to cause problems even after they have abated. According to Nicholas Sly, an economist at the Kansas City Fed, increases in shipping costs usually lead to higher inflation—and with current high rates proving to be persistent rather than temporary, these “types of shocks tend to have lasting effects 12 to 18 months out.”

As of now, the higher price tags in stores have not necessarily slowed consumer shopping habits. Retail sales were up in January, jumping 3.8%—an increase that experts say is reflective of both strong demand and higher prices across the board. Yet inflation continues to be a major topic of concern for many Americans. According to a new Quinnipiac University Poll survey, inflation topped the list of the most urgent issues facing the U.S.

Preparing For The Future, Despite Uncertainty

The consulting firm Alix Partners recently conducted a survey of over 3,000 chief executives, and found that fewer than half reported making longer-term plans to alleviate supply chain challenges. Rather, the majority of respondents said they were relying on short-term measures—while three-quarters said they were “skeptical” their actions would be effective either way.

With so much lingering uncertainty about the future, many companies have been hesitant to invest in new processes that would help alleviate the crisis—including diverting more dollars to trucking, shipping, warehouses and technology. But it is exactly this type of long-term planning that will help fix these problems by reimagining what these types of processes look like.

Given all of the obstacles the bedding industry continues to face, retailers need to be proactive about planning for the “unexpected.” While the exact solutions may vary for everyone, there are some valuable questions to keep top of mind as you prepare for the year ahead:

How can you be upfront about potential challenges or delays without turning customers away? How can you make sure their new purchase is worth the wait? What communication strategy do you have in place if delivery is unexpectedly delayed?

If consumers are paying more at the grocery store and the gas pump, will they still be willing to invest in their sleep? How can we, as an industry, make sure we’re properly positioning quality sleep as an essential? What features and attributes are attractive enough to justify a higher price point?