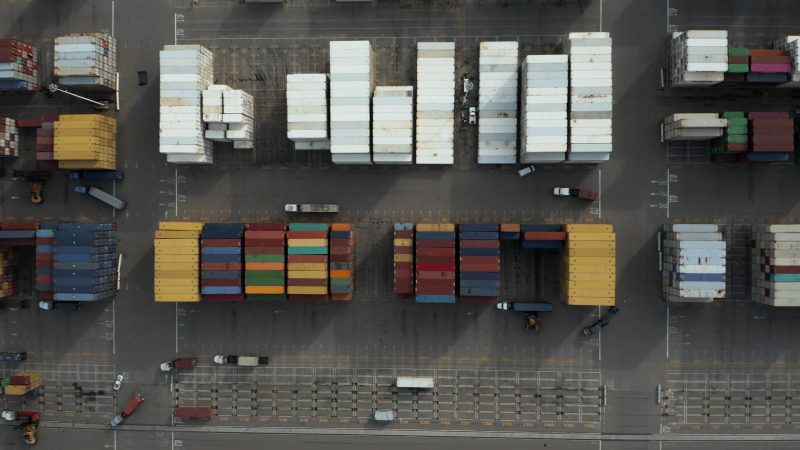 The ongoing debate about Chinese mattress imports continued last week, as members of the bedding industry took to Washington, DC for a final hearing at the United States International Trade Commission (USITC) on Friday, October 11th. As part of the investigation into whether or not these mattress imports are being traded unfairly to sellers in the U.S., the hearing was the latest update in what has been a long and contentious process that began back in September of 2018. While originally intended to close this past June, the final phase of the investigation is now expected to close by December 2, 2019.

After attending the hearing, we decided to take a closer look at both sides of this hot-button issue. By examining the arguments of the petitioners and the opposition in more detail, we’ve attempted to cut to the core of what they conveyed in their testimonies and during the questioning on Friday.

So What’s This Hearing All About?

According to the petitioning group of mattress makers, the bedding industry saw an influx of imported mattresses from China between 2016 and 2018—a trend that coincided with the rise in popularity of the mattress-in-a-box, referred to during this investigation as MiBs. These petitioners have set forth evidence to prove to the USITC that this uptick of mattresses from China has negatively impacted both their businesses and the domestic market as a whole. In turn, the opposition made the case that US producers simply could not meet the increasing demand for MiBs—and therefore the Chinese producers stepped up to fulfill the hole in the market.

The purpose of the investigation is to determine whether or not mattresses from China are in fact being “dumped” and causing “material injury” to the domestic market. By sorting through the myriad data and listening to individual testimonies, the USITC is ultimately exploring whether or not an anti-dumping duty should be applied to the imports.

What Is An Anti-Dumping Duty?

Dumping is when companies in countries sell products to manufacturers or resellers in other countries at a cost that is not only lower than the domestic price—but is even less than what it costs to make the product in its country of origin. Dumping is an illegal activity that can cause material damage to a domestic market because it creates a fully unfair competition. In this case, quite a few domestic manufacturers in the US believe that some manufacturers in the industry are unfairly trading for dumped goods from China.

Broadly, the petitioners in this case are arguing that the influx of mattresses from China has negatively impacted the success of their businesses and would like an anti-dumping duty to be applied to finished mattresses imported from China.

The goal of the anti-dumping duty would be to level the playing field, so that the Chinese mattresses are not privileged in the market because of their low pricing. Anti-dumping duties, as opposed to tariffs, are targeted taxes on specific imported products—note that the corresponding fact sheet includes a description of the investigation’s scope, which hones in on what specific product(s) is being investigated. Tariffs (another hot industry issue) tend to be more broad in their application and are established for different reasons than anti-dumping duties. However, that’s not to say that the call for this anti-dumping duty and for tariffs on other imported products and materials from China are completely unrelated.

Petitioning companies are arguing that their businesses (and the businesses of many others) have been severely impacted by the influx of dumped mattresses from China that are flooding the market and being sold at price points US manufacturers simply cannot compete with. While many of the petitioners have established their own mattress-in-a-box options, no amount of brand authority or marketing effort has allowed them to successfully compete with the low prices offered via companies selling the purportedly dumped imports.

Each testimony detailed the factories closed, costs cut and employees fired for these companies just to stay competitive. They argued that, even though US manufacturers do have the ability to compress mattresses, many manufacturers, ecommerce sellers and even traditional retailers cannot resist the low prices available through the imports. The potentially impending collapse of some of these large scale companies would have a major trickle down effect on the industry—and according to petitioners, it already has.

Additionally, John Merwin, the CEO of Brooklyn Bedding, attended Friday’s hearing as an interested party. He testified to his company’s ability to support the demand for MiB’s in the US and the loss of business to China he has witnessed during the time-frame under scrutiny.

The opposition made quite a few claims to argue why importing from China is necessary and why the items in question are not, in fact, being ‘dumped.’

According to this side, cost is not the primary driver of the demand for mattresses from China, and specifically MiBs. In part, the popularity of the MiBs was due to their ‘cool’ and convenience factor, not just their price—and many of them do not in fact cost less than traditional flat-packed mattresses.

From the opposition’s perspective, US producers couldn’t meet the growing demand for MiBs as quickly and efficiently as Chinese ones—and so they had no choice but to work with Chinese imports to satisfy their customers and maintain competitive business. In sum, US producers were simply behind when it came to the bed-in-a-box trend and subsequently suffered the consequences, while the Chinese manufacturers were ahead of the curve.

Among the opposition were Wilmer Cutler Pickering Hale and Dorr LLP on behalf of Classic Brands, Mowry & Grimson, PLLC representing Ashley Furniture Industries, Inc. and Steptoe & Johnson LLP representing “The Mattress Suppliers Group,” a group of mattress suppliers based in China. Several representatives from Malouf were also present to testify.

Some particularly interesting philosophical arguments about the nature of this industry came to a head over the course of the hearing. In particular, much of the conversation centered around the evolution of the MiB trend in the US.

Watching the hearing, we were quickly reminded of just how misunderstood many of these issues are outside of the bedding industry. Overseen by USITC commissioners with limited to no industry knowledge, the array of outsider questions really highlighted the misconceptions many people have about the mattress market.

Among the commission’s questions and the debated industry concepts were the following: Are flat-packed mattresses going out of favor? Is there any real construction difference between a flat-packed mattress and a roll-packed MiB when it comes to comfort? Is the MiB craze about the packaging mechanism or is the mattress-in-a-box appealing because it often (at least initially) costs less than other mattresses? Do customers care more about cost or construction?

From our perspective, MiBs began as less expensive and more convenient-to-buy products—those were the leading value propositions. That positioning has changed over the years, though, as more traditional manufacturers and retailers have warmed to the trend and have begun offering the convenience of boxed delivery for many of their products at nearly every price point. Due to the variation in material construction and design, it is impossible to group all MiBs together as a stand-alone product category—and over the years, the concept has evolved to become, above all else, a shipping mechanism.

That said, the consumer understanding of what an MiB is muddled. This was clearly evidenced by the commission’s lack of understanding of MiBs versus flat-packed mattresses. Even though the boxed bed trend may have initially spurred the growing number of imports from China, it seems inaccurate to frame this debate as if it is between the MiB and the flat-packed mattress—when, in fact, it is an argument about pricing and sourcing.

This Issue Is More Nuanced Than The Hearing Could Convey

After attending the hearing, we have our own hesitations about the process. Unfortunately, much of the data that informed the hearing (as well as the pre-hearing and post-hearing briefs) have not been made available to the public. At the same time, the hearing highlighted a major lack of understanding about the wider bedding industry. Throughout the hearing, it felt as though the commission could have had a better foundation of knowledge to drive the questioning. And, as is typically the case in these types of hearings, many of the questions asked were simply not answered in clear and complete ways.

Despite all this, it was nevertheless clear that both sides of this hearing have a valid argument to offer. This is not a debate about right and wrong—but rather, a vital investigation into whether or not the industry is currently operating in its own best interest.

Through the many hours of testimony and the multiple phases of investigation, we can’t help but wonder what the outcome might be if the petitioners, the opposition and commission could all put business gain or loss aside at least for a minute. What if, instead, they focused primarily on what business decisions best benefited the environment, the end-consumer and the people who make mattresses every day? How would this shift in priority affect their decisions? What outcome would best serve the retailer?

To the retailers looking for affordable options and great margins, remember that today’s consumers are more and more concerned with the quality, the durability and the conditions under which the products are made—no matter where that product comes from. It’s important to always understand where your products are sourced, how they are made, what it took to make them and how well they will serve your customer.

We will all have to wait with bated breath as the final release of information for the ‘Mattresses From China’ will not occur until early November 2019.