Following its recent acquisition of luxury bedding brand, Marshall Mattress, the Flex Bedding Group, one of the world’s largest manufacturers of sleep products, has appointed industry veteran Valerie Stranix general manager for the Toronto-based company. In the newly created position, Stranix has overall responsibility for all the operations and sales of the Marshall brand, and will serve as an in-country resource for sister brands, Vispring, E.S. Kluft and Aireloom.

The appointment also makes Stranix one of few women executives leading a mattress manufacturer. She is widely considered to be one of the most knowledgeable and effective bedding sales leaders in Canada. 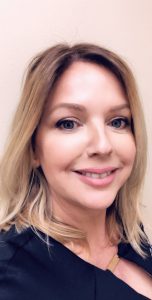 Stranix joined the Flex Group three years ago as sales director for the group’s three luxury brands: Kluft, Vispring and Aireloom. With more than 23 years’ experience in the bedding industry, Stranix has held a number of executive roles with some of the industry’s leading brands, including Spring Air Canada, Natura/Sommex and has served on the board of trustees for the International Sleep Products Association. Stranix reports to Alain Rauh, international director of the Flex Bedding Group.

“Valerie has the two fundamental requirements for the job – an extensive knowledge of the Canadian market and a deep understanding of premium bedding,” Rauh said. “She will be instrumental in expanding the Marshall business, building on its heritage and uniqueness. With a factory in Toronto and Valerie’s leadership, we are look forward to becoming a stronger player in Canada and consolidating the overall Group business with our premium brands.”

As general manager, Stranix will manage the day-to-day operations, including sales and marketing, operations and finance functions for Marshall.

“We’re looking forward to growing Marshall’s footprint beyond the North American marketplace and to taking a more global approach under the Flex Group ownership. Our new structure will give Marshall a larger platform and help broaden our audience.”

Sharan Anisman and Brad Warner, whose family has owned and managed Marshall since 1965, will remain with the company during the transition process. Eric Warner remains with the company to handle marketing.

About Marshall Mattress: Founded in 1900 by machinist and engineer James Marshall, Marshall Mattress is best known for its handcrafted luxury pocket coil mattress collections. Marshall invented and patented the original Marshall Pocket Coil, the first independent spring system designed to provide a unique, optimum, comfort and support environment for sleep.  The company pairs luxurious materials with new technologies, and quality manufacturing. Marshall Mattresses are sold at select retailers throughout Canada such as Hudson’s Bay, Decorium and Art Shoppe and are featured at boutique hotels in North America.

About The Flex Group: Founded in 1912, The Flex Group is the world’s top 10 global sleep products producer. It commands market leadership positions in Spain, Portugal, Brazil, Chile, the United Kingdom, Canada and the United States and is selling its products all over the world in more than 50 countries. The company is comprised of nine manufacturing companies with a total of 12 production centers, three retail chains and 115 showrooms in seven countries. It produces more than 1 million mattresses annually and has revenue of more than $400 million.

In the luxury segment, Flex made its first move in 2005 with the acquisition of the Vispring brand. Since that time, it has grown the company’s business throughout Europe, North America, Middle East and China. The business grew from a primarily U.K.-based brand into a company where export sales now represent 45-percent of sales and its products are sold in 40 countries.

Since acquiring the E.S. Kluft & Co. and Aireloom brands in 2013, Flex strengthened its marketing, led a geographic expansion in the East with a newer and larger plant, and pushed for international expansion that now logs sales from three continents. Over the last five years, sales have more than doubled and profits have tripled.