Continuing its commitment to expand both in the United States and internationally, effective Oct. 1, luxury mattress producer E.S. Kluft & Company has named the 25-year industry veteran Jon Stowe as the new Managing Director, in replacement of Juan Dionis.

In his new role, Stowe will be responsible for leading the growth of the company’s premier brands – Kluft and Aireloom – both domestically and internationally.

“Jon brings broad industry knowledge, experience and commitment to the niche high-end bedding market,” said Alain Rauh, the Flex Group International Director. “His track record in growing midsize companies and expanding brands through international exposure along with his expertise in product innovation, sales and operations, make him an ideal fit for our organization. Jon brings drive and passion to the company and we are thrilled to have Jon on board.” 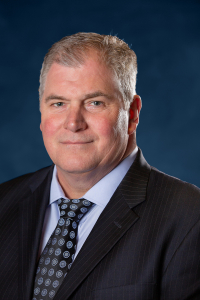 Most recently Stowe worked for FXI as senior vice president and general manager of its home furnishings division.  Prior to FXI, Stowe worked for Owen & Company, a high-end mattress manufacturer in Canada, where he created and introduced a new brand to the U.S. market. While at Dormeo Octaspring, Stowe served as COO and was promoted to CEO as the company moved from an import model to a U.S. manufacturer.

Stowe began his career with Kingsdown, rising through the ranks from plant manager to vice president sales and vice president corporate development. On the retail side, he held leadership positions with Top 100 retailer FFO Home where he vertically integrated their bedding business.

“We are fortunate to have someone of Jon’s caliber and experience take on this leadership role at E.S. Kluft,” said Rafael González, CEO of The Flex Group. “As an experienced leader in the bedding industry, with a proven track record of execution, business vision, and the ability to bring people together, Jon is the perfect choice as we continue on our strategic path of expanded product innovation and growth.”

Stowe has demonstrated a solid record of business-building achievements during his career while building strong relationships with key partners and fostering strong team cohesion.

“This is a tremendous opportunity to lead a company that has established itself as an aspirational brand and develop long term strategies to position E.S. Kluft for future growth,” said Stowe. “I am honored and excited to join E.S. Kluft and look forward to working together with our leadership team, employees, customers, and suppliers to expand the E.S. Kluft brands domestically and internationally.”

About E.S Kluft & Company: Based in Rancho Cucamonga, California, E.S. Kluft & Company’s two brands are Aireloom and Kluft. Kluft is its most luxurious brand available through Bloomingdale’s and other prestigious retailers. Aireloom offers artisanal quality and legacy features such as hand-tied coils and hand side-stitching in the best-in-class category. These quality designs feature cutting edge, patented production methods.

E.S. Kluft & Company and Aireloom are owned by The Flex Group from Madrid, Spain. Founded in 1912, The Flex Group is amongst the world’s top 10 global sleep products producer. The Flex Groups operates in Spain, Portugal, Brazil, Chile, the United Kingdom, the United States and Canada and commands a leadership position in premium bedding.