Walter Arnett’s 30-second spot filmed at his local Innovative Mattress Solutions (IMS) Sleep Outfitters showroom was chosen as the winning entrant in Dormeo N.A.’s first social media contest designed to engage consumers nationwide in promoting the benefits of the brand. There were more then 750 entrants in the contest. Dormeo executives recently joined with IMS Chief Executive Officer Kim Knopf as they presented Arnett with a certificate. The 2013 Range Rover Evoque, tagged with the Dormeo logo, was given to Arnett last week at the IMS store.

Arnett’s commercial depicts a man, played by himself, dreaming of sleeping on a comfortable mattress through two different sequences. The first shows what it’s like sleeping on a regular bed, the second on a Dormeo mattress. When he wakes up from both dreams he realizes he is only rest-testing the bed at the IMS store and decides to purchase Dormeo’s mattress. Throughout the commercial, Arnett touches upon the benefits of the Octaspring technology and why it provides the best night’s sleep.

“It was really exciting to see how engaged consumers were and how creative they could be. We saw that our brand truly resonated with a broad consumer base and were happy with the overwhelming response. In the end, we chose Walter’s commercial because it emphasized our ‘best of both worlds’ message, and was creative, entertaining and amusing. The production value of his commercial is exceptional and it also highlights one of our strongest and most successful retailers, IMS, which is an added bonus,” said Dormeo Chief Marketing Officer Dany Sfeir. “Since IMS was a part of the winning entry, we were thrilled to go above and beyond to surprise Walter with the announcement at the retail location. One of the goals of the contest was to drive traffic to retailers and Walter’s commercial was a prime example of how we achieved this goal. We were pleased to work with IMS to make this event happen and thank Walter for his great commercial.”

About Dormeo: For more than 10 years, Dormeo has been a leading mattress brand in Europe and Asia. Making its North American debut in 2012, the company introduced its patented Octaspring to the U.S. market. A breakthrough in mattress technology, the Octaspring’s individual memory foam springs work together to form the core of the revolutionary Octaspring mattress. With its U.S. showroom and distribution center in Plano, TX and manufacturing facility in Winchester, VA, Dormeo is part of Studio Moderna Group, a leading European multi-channel direct marketing company. The company will be supporting its retail partners in the U.S. through a multi-million dollar television advertising program in 2014. Dormeo is making a strong commitment to consumer advertising to drive traffic to its dealers. 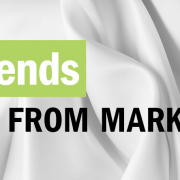