From the makers of the chiliPAD comes a new innovation: the OOLER Sleep System.

"So many people spend thousands trying to find a new mattress to solve their sleep issues, when the mattress is actually part of the problem," said co-founder Tara Youngblood.

"Through countless sleep studies, we've seen that temperature is one of the best ways to optimize your sleep. We know that sleeping at a cooler temperature can measurably double time spent in deep sleep and aid in physical recovery. But mattresses are still made of materials that reflect your own heat back into your body. That's where OOLER comes in." 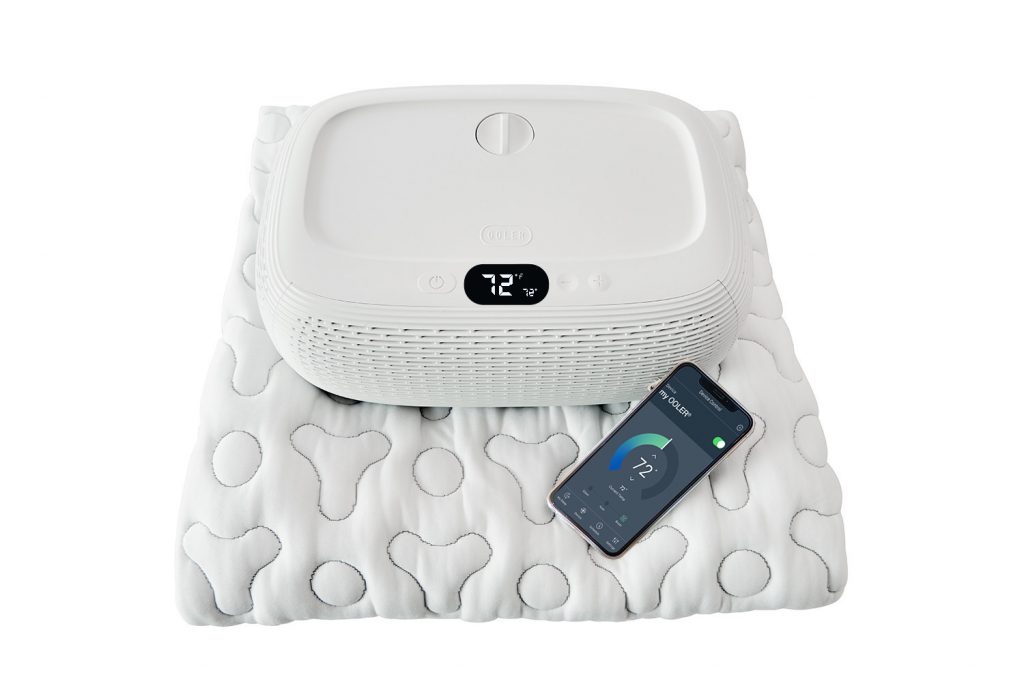 "Great sleep changes everything and we wanted to make it easier," said Youngblood. "Our new app controlled Ooler system is the world's best temperature optimization system. With this new platform, we also help to resolve the disconnect between cutting-edge sleep tracking tools like Oura and effective interventions."

Built on the hydro-foundation of the chiliPAD, the new OOLER Sleep System also cools and heats using water, which is 25x more effective than air at optimizing temperature. OOLER and chiliPAD both boast physical temperature changes of more than 12°F from ambient temperature, giving them the unique ability to lower and raise core body temperatures. Plus, OOLER's energy-efficient design is 95% cheaper than air conditioning with more thermal capacity than chiliPAD.

The OOLER system includes the hydronic pad, control unit(s) and the app. The system can fit any bed, and accommodate one or two sleepers with ME (one control unit) and WE (two control units) options. The OOLER Sleep System retails starting at $699, and is now available for pre-order with an expected ship date in June 2019.

About Kryo Inc.: Kryo Inc. is a sleep science and technology company that focuses on the path to better sleep. The team at Kryo has designed the original and most effective full-body temperature-regulation sleep systems. Their aim is to help 15 million people sleep better in the next five years — one night of restful sleep at a time. Headquartered just outside Charlotte, North Carolina, Kryo Inc. was founded in 2017.